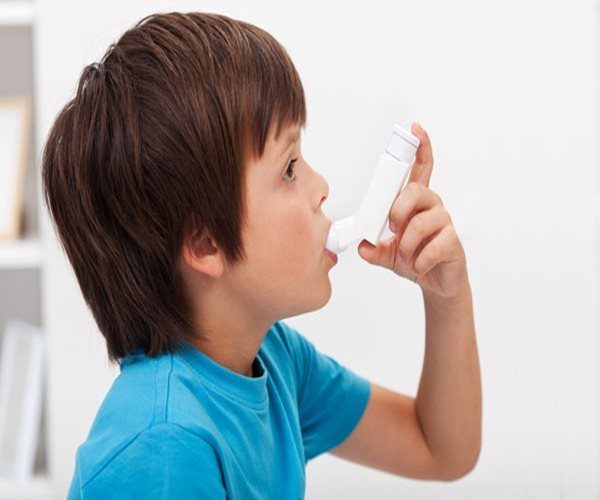 Taking vitamin D supplements while pregnant may protect a mom’s baby from developing asthma, says a study published in the journal of Allergy and Clinical Immunology. The study found that the supplements could positively modify the immune system of the fetus and could protect it against asthma and respiratory infections.

Researchers from the U.K.’s King’s College London looked at the effect that taking a supplement of 4,400 IU vitamin D3 per day during the second and third trimesters of pregnancy versus the recommended daily intake (RDI) of 400 IU/day, had on the immune system of the newborn.

Volunteers were randomized at 10 to 18 weeks of pregnancy and given either a high or low dose of Vitamin D. At birth, blood was taken from the newborns’ umbilical cords and tested to gauge their innate immune system, which is the baby’s first line of defense to infection, and their T lymphocyte responses, which provide longer-lasting protection.

They discovered that blood samples from babies born to mothers supplemented with higher doses of vitamin D3 had stronger immune responses that protect newborns from infection. Since strong immune responses are associated with a decrease in the risk of developing asthma, researchers believe the babies will have better respiratory health during childhood.

“The majority of all asthma cases are diagnosed in early childhood implying that the origin of the disease stems in fetal and early life,” said lead researcher, Professor Catherine Hawrylowicz of King’s College London.

“Studies to date that have investigated links between vitamin D and immunity in the baby have been observational,” she said. “For the first time, we have shown that higher Vitamin D levels in pregnancy can effectively alter the immune response of the newborn baby, which could help to protect the child from developing asthma.”

Other recent studies have also found that nutritional substances can affect asthma. Scientists at the University of Rochester Medical Center found that omega-3 fatty acids, the healthy oils found in cold water fish and fish oil supplements, can help fight asthma. In addition, a New England Journal of Medicine study in late 2016 showed that pregnant women who ate fish or took fish oil supplements reduced the risk of asthma in their children.

Vitamin D during pregnancy has also been found to influence the risk of attention deficit hyperactive disorder (ADHD) as toddlers. Danish researchers studied the umbilical cords of infants, and asked moms to complete surveys noting their children’s behavior when they were two-and-a-half years old. Moms who had taken vitamin D when pregnant, and whose umbilical cords contained high levels, reported significantly fewer symptoms of ADHD in their children.

More About the Schroth Method for Scoliosis