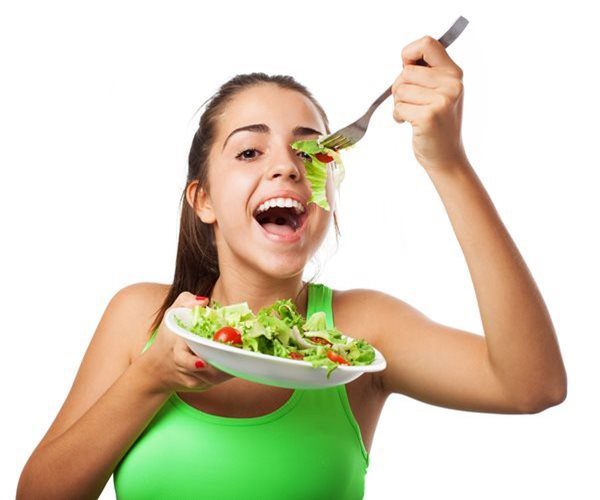 Eating more fruits and vegetables may reduce the risk of peripheral artery disease, according to a study of more than 3.6 million individuals in the U.S.

“We hope that studies like this can be an important reminder of the role we as consumers have on heart disease and stroke,” Dr. Jeffrey S. Berger from New York University School of Medicine told Reuters Health. “We often remember to take our medication, yet studies like this should remind us to eat our fruits and veggies every day. Moreover, we should continue reminding our young generation of this importance now before disease develops.”

Past research has linked fruit and vegetable consumption to a lower risk of coronary heart disease and stroke, but there has been little research into the effects of fruits and vegetables on arteries in the legs and arms, Berger’s team writes in Arteriosclerosis, Thrombosis, and Vascular Biology.

Peripheral artery disease, or PAD, usually arises as a narrowing of arteries to the legs that causes cramping, pain or tiredness in the muscles while walking or climbing stairs. It affects at least 8 to 12 million Americans.

Risk for PAD increases with age, and with a history of smoking, diabetes or high blood pressure.

To investigate whether fruit and vegetable consumption influences risk for PAD, Berger’s team analyzed dietary data on 3,696,778 men and women with an average age of about 65, around 234,000 of whom had PAD.

Nearly half said they consumed at least three servings of fruit and vegetables on fewer than half the days of the week.

Older white women were most likely to consume fruits and vegetables regularly, and younger black men were least likely to eat at least three servings daily.

After adjusting for age, sex, race and other risk factors, the more fruits and vegetables the participants ate, the lower their likelihood of having PAD.

When researchers divided participants according to their smoking status, they found the relationship between fruit and vegetable intake and PAD was strongest among current smokers, less significant among former smokers and not significant among people who never smoked.

“Unfortunately, fruit and vegetable intake is quite low across the entire United States,” Berger said by email.

“Something as simple as eating fruits and vegetables could have a major impact on the prevalence of a life-altering disease, such as peripheral artery disease,” he said.

“Watch what you eat,” Berger advised. “And pay careful attention to eat fruits and vegetables every single day.”

“Increasing fruit and vegetable intake is important and can have far reaching health benefits,” said Dr. Michelle L. Redmond from University of Kansas School of Medicine-Wichita, who wasn’t involved in the study.

To get people to up their intake of greens, she said by email, “First, one must take into consideration factors that influence behaviors such as access and affordability of fresh fruits and vegetables (how do you change or lessen certain barriers to fruit/vegetable intake). Then design interventions or campaigns that are tailored to specific audiences to motivate and increase fruit/vegetable consumption. Finally, there is also a need to increase nutrition literacy.”

Getting people to eat more fruits and vegetables is a challenge in other countries, too, noted Dr. Miguel A. Martinez-Gonzalez from University of Navarra Medical School in Spain, who wasn’t involved in the study. He acknowledged the special importance of fruit and vegetable consumption for smokers but, he told Reuters Health, “This advice should be given to everybody.”