Conventional and Holistic Medicine: Getting the Best of Both Worlds 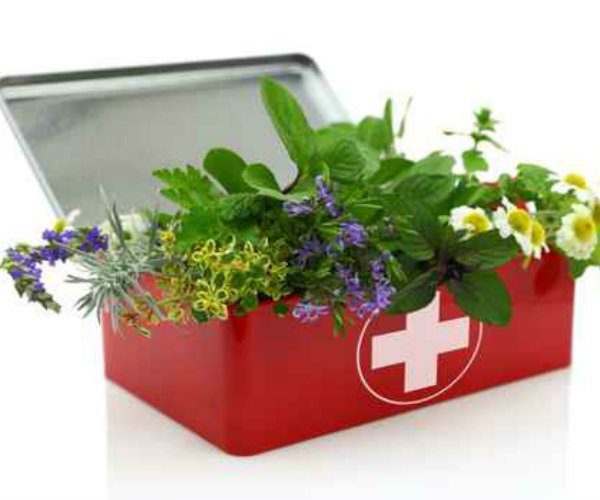 “The field of integrative, or complementary, medicine, grew out of what used to be known as ‘alternative health,’ but the concepts we use today are based on scientific evidence,” Dr. Ashwin Mehta tells Newsmax Health.

Conventional medicine, known also as Western medicine, is a system in which medical doctors and other healthcare professionals treat symptoms and diseases using such means as drugs, radiation or surgery.

In contrast, the term “alternative medicine” describes a range of medical therapies that are not regarded as orthodox by the medical profession, such as herbalism, homeopathy, and acupuncture.

“In the 1970s, the alternative medicine gained traction in the U.S. as a pushback against the biochemical paradigm that was becoming associated with medicine,” says Mehta, medical director of integrative medicine at Memorial Healthcare System in Hollywood, Fla.

“But, on the other hand, the realization was growing that there might be something of value in these ancient healing traditions, and so we should scientifically evaluate them.”

When some alternative therapies were held up to this scrutiny, they were found to be baseless, says Mehta. On the other hand, others were found to be valuable. These have since been known as integrative, or complementary therapies, he adds.

“Integrative medicine uses only the therapies that have been found to have scientific validity,” says Mehta.

He likes to explain this concept by using an example in cancer treatment.

“If the body is a garden and cancer is an unwelcome weed, the job of the oncologists (cancer doctors) is pluck out the weed and our job is to make the soil of the garden inhospitable to the weed ever coming back,” he says.

The Science Behind Nopal

One of the most valuable adjuncts that integrative medicine offers today’s patient is the ability of these therapies to reduce inflammation.

Inflammation is the same reddening process you see if you cut your finger. But there also is an invisible type of inflammation, known as “chronic bodily inflammation,” which occurs inside your body and cannot be seen.

Such inflammation is increasingly viewed as the culprit in the development of cardiovascular disease, diabetes, and cancer as well, notes Mehta.

“Today, we use the term ‘metabolic syndrome,” to describe a number of conditions, including high cholesterol, high blood sugars, high blood pressure and obesity, that increase the risk of cardiovascular disease, diabetes and cancer,” says Mehta.

What these conditions have in common is that they cause a “predominance of inflammation,” he adds.

To combat inflammation, follow these 5 principles of integrative medicine, he says:

Use food as medicine:  Much of our medication, from aspirin to chemotherapy, has been derived from leafy plants, so it makes sense to use them in cooking. Green tea, turmeric and cinnamon have anti-inflammatory properties.

Use food to strengthen your immune system: The Mediterranean Diet is anti-inflammatory because it features a largely plant-based diet that focuses on vegetables, nuts and seeds, cold-water fish and healthy herbs and spices.

Get a good night’s sleep: During REM sleep, the body’s temperature dips slightly (about 1 ½ degrees) creating a cooling effect that helps reduce inflammation. If you have trouble sleeping, check your caffeine intake and turn of “screens,” in your room that can disrupt your melatonin levels. (Melatonin is the “sleep” hormone). This means TV’s, tables, and smart phones. Aromatherapy, the use of essential oils, can also create a restful environment.

Consider cxercise as medicine: A sedentary lifestyle impairs circulation over time, contributing to physical deconditioning that gives rise to obesity and osteoporosis and also increases the risk of high blood pressure and diabetes.

Practice meditation. A daily period of meditation has been found to strengthen the mind-body connection.

How to Start New Healthy Habits and Reduce Your Stress Level