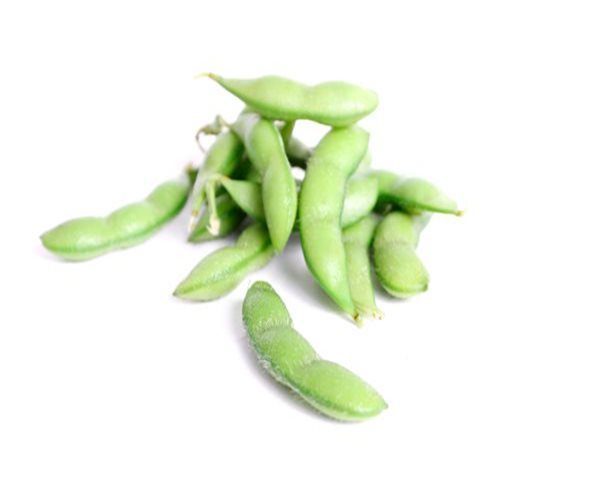 Inflammatory bowel diseases, which include ulcerative colitis and Crohn’s disease, are characterized by either continuous or periodic inflammation of the colon and are a significant risk factor for colon cancer.

For their study, researchers removed protein sources from the diets of the mice and substituted soy-protein concentrate. The soy equaled about 12 percent of their diet.

“We didn’t want to get carried away with using doses that were really high and would crowd out all the other protein that was there,” said researcher Zachary Bitzer. “Instead, we wanted to find a scenario that was going to fit into a more human-relevant situation.”

The dietary soy-protein at the 12-percent dose level improved body-weight loss and swelling of the spleen in the mice with induced inflammatory bowel disease.

Followup studies will focus on whether the results translate to people. Because soy protein is a widely used food ingredient — often used as a meat substitute and commonly referred to as “texturized vegetable proteins” in ingredient lists — the researchers believe human studies could be arranged in the near future.

The study is published in The Journal of Nutritional Biochemistry,

Other studies have found soy to have health benefits. A study from Wayne State University found that compounds in soybeans can make radiation treatment of lung cancer more effective while helping to preserve normal tissue.

Soy isoflavones, a natural component of soybeans, increase the ability of radiation to kill cancer cells by hindering pathways necessary for the cancer cells to survive. At the same time, they act as antioxidants that protect normal cells from radiation-induced toxicity.

The Impact of Exercise on Brain Health

Mom of 3 Drops 120 Lbs. After Having Her Youngest Child: I Wanted to Get Healthy for My Kids