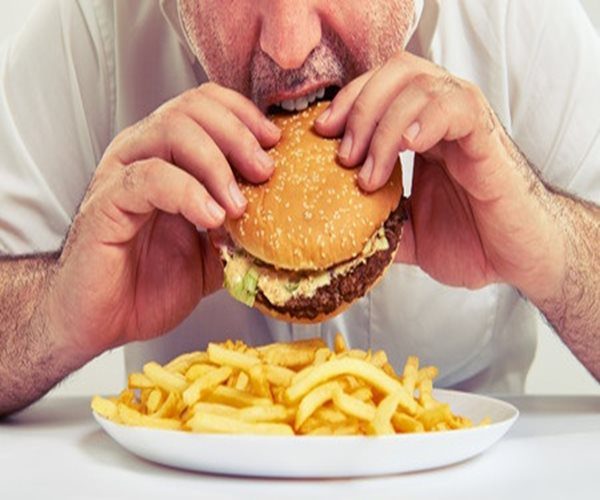 Western diets, high in sugar and fat, cause liver inflammation, especially in males, according to a new animal study in The American Journal of Pathology. Inflammation was most pronounced in males that lacked farnesoid x receptor (FXR), a bile acid receptor.

The study also found that probiotics may prevent and treat the condition, keeping it from advancing to liver cancer.

“We know the transition from steatosis, or fatty liver, to steatohepatitis — inflammation in the fatty liver — plays a crucial role in liver injury and carcinogenesis,” said lead investigator Yu-Jui Yvonne Wan, Ph.D., Professor and Vice Chair of the Department of Pathology and Laboratory Medicine at UC Davis Health.

“Because the liver receives 70 percent of its blood supply from the intestine, it is important to understand how the gut contributes to liver disease development,” Wan said.

“Our data show that diet, gender, and different antibiotic treatments alter the gut microbiota as well as bile acid profile and have different effects on liver inflammation,” she said.

Wan used an FXR-deficient mouse model (FXR KO), which has become an important tool to better understand the role of diet and inflammation in the development of liver diseases, including cancer, because patients with cirrhosis or liver cancer also have low FXR levels.

Other studies have found that mice deficient in FXR spontaneously develop liver problems and tumors even when they are fed a normal diet.

In this study, FXR-deficient mice as well as wild mice were fed either a Western diet or a matching control diet for 10 months. Both Western diet-fed wild-type mice and control diet-fed FXR KO mice accumulated fat in the liver, which was more severe in males than females.

The study suggested that antibiotics might help block inflammation in control mice, but not in the  FXR KO mice fed a Western diet. It also indicated that probiotics might also deter some of the inflammation.

“Our results suggest that probiotics and FXR agonists hold promise for the prevention and treatment of hepatic inflammation and progression into advanced liver diseases such as cancer,” Wan said.

A recent Australian study found that zinc may be a major key in fighting liver damage. An article published in Nature Communications found that zinc had the potential to be a simple and effective treatment against acute and chronic liver inflammation.

Other natural substances have been found to be effective against liver disease. A 2016 study conducted at the University of Southampton found that two cups of coffee a day reduced the risk of liver cirrhosis — scarring due to alcohol and viruses like hepatitis C — by 44 percent.