Virtual Reality Could Help Prevent Falls in the Elderly 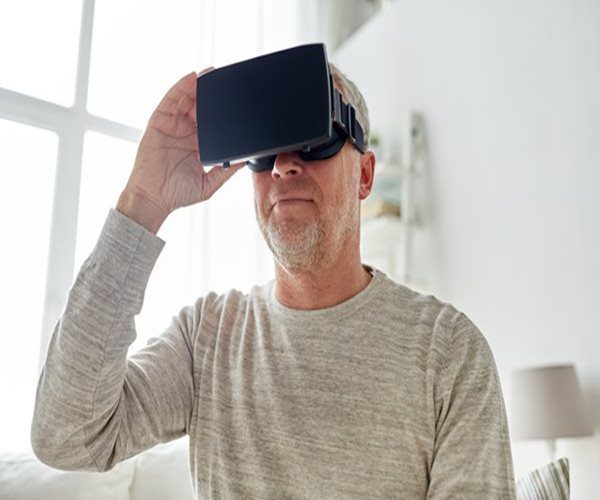 Researchers in the USA have developed an ingenious system that uses virtual reality to help prevent falls by detecting and reversing balance impairments in elderly people.

The sense of balance declines in elderly people, as well as in those with neurodegenerative diseases such as multiple sclerosis. This leads to greater reliance on visual cues to maintain balance and prevent falls.

Researchers from the University of North Carolina at Chapel Hill (UNC) and North Carolina State University (NC State) developed a system to recreate the visual illusion of losing balance, tested on volunteers walking on a treadmill. The participants walked on machines set up in front of a large screen depicting a moving hallway.

“As each person walked, we added lateral oscillations to the video imagery, so that the visual environment made them feel as if they were swaying back and forth, or falling,” explains study co-author Jason R. Franz.

The researchers used 14 cameras to record the positions of 30 reflective markers on each volunteer’s legs, back and pelvis.

In response to visual disruptions and perceived loss of balance, the volunteers took longer or shorter steps, as the scientists expected. Their head and trunk swayed further sideways with each step. The variability of these measures — their tendency to change from one step to the next — increased much more significantly.

During the experiment, the researchers analyzed muscles’ ability to respond to perceived loss of balance and identified which muscle groups worked to correct it. The researchers found that individual muscles were highly coordinated in preserving walking balance.

The scientists’ data provide important reference measurements that could be used in future clinical procedures to detect balance impairments before they start to cause individuals to fall.

This kind of system could be used as a therapeutic tool to help teach balance-impaired individuals how to improve their balance and avoid falls.

According to the study, falls lead to the hospitalization or death of hundreds of thousands of elderly Americans every year.

The study is published in the journal Nature Scientific Reports.