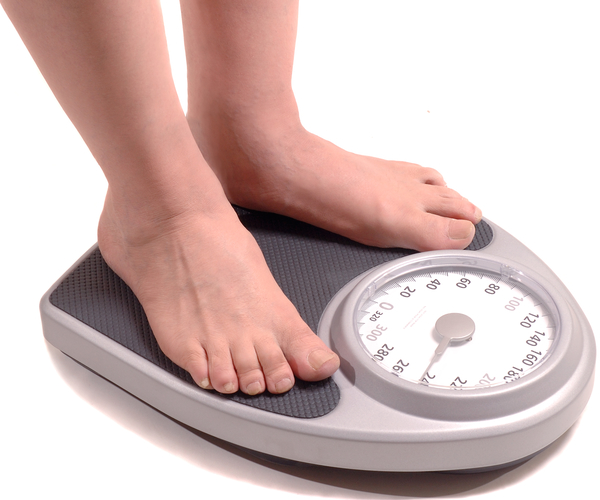 It’s no surprise — overweight children who don’t properly learn self-regulating habits likely become obese adults. What is surprising is that one of the most common ways to help — restricting children’s diets — actually compounds the problem. That’s the thrust of a new study by University of Illinois researchers who point to a disturbing pattern: Parents shame by withholding food due to weight gain, then children cope with the negative emotions by overeating.

Further exasperating the trend, overweight children are often rewarded with food by parents, and as they grow older, the children reward themselves with food.

Researchers who studied the pattern added a genetic component as well to better understand obesity. They reported that a child’s genetics, relating to cognition and emotion, likely play a key role. They found that when biological conditions were just right, a nudge by the social aspect sets kids on a path to obesity.

Kelly Bost, co-author of the study (published in Pediatric Obesity), and professor of child development at the University of Illinois, said: “When parents offer food to children whenever they are upset, children may learn to cope with their negative emotions by overeating, and they start to develop this relationship with food early in life; eating — especially comfort food — brings a temporary soothing. People intuitively understand that.”

The findings support the team’s hypothesis that a correlation exists between all factors: parenting approaches, combined with a child’s genetic make-up and restrictive feeding, and the child’s weight and the child’s propensity to be obese.

Bost said that children can effectively learn control for themselves: “Some of the things parents do, they may not think are related to how children are developing their eating habits. The ways parents respond or get stressed when children get upset are related in an indirect way. The way we respond to that emotion can help children to develop skills for themselves, to self-regulate, so that everyday challenges don’t become overwhelming things that they have to manage with respect to food.”

Bost and her team used data from the “Strong Kids” program, outreach developed by The Oregon Resiliency Project, an organization that is based on “research, training, and outreach effort aimed at social and emotional learning, mental health promotion, and social-emotional assessment intervention” of children, according to the organization’s website.

The team examined information about parents’ feeding styles, and how they typically reacted to their children’s (ages 2.5 to 3 years) negative emotions. The researchers examined these factors in combination with genetic data.

For the genetic factor, they looked at the COMT gene, a gene known for regulating cognition and emotion. This gene is the gatekeeper for dopamine, which controls the brain’s reward and pleasure centers.

Bost and her team studied minute variances in the gene pool to determine which children might be more susceptible to negative emotions or stress. They based their genetic research on the breakdown of amino acids in proteins that could lead to personality differences. One of them is the change produced by genetics in the form of a single part of our DNA: the nucleotide polymorphisms (SNPs). There are many types of SNPs; some affect the composition of protein and, depending on the change, affect the amount of dopamine in the brain, as presented by Psychology Today. Dopamine controls the brain’s reward and pleasure centers.

One type of SNP can change an amino acid from valine (Val) to methionine (Met). While largely academic, these two types of proteins influence emotion. Bost explained it best in the study: “We all carry two copies of genetic information — one from Mom, and one from Dad. In a person with Val/Val, the COMT system works three to four times faster than those with other combinations do, and therefore accumulates less dopamine in the front of the brain. Children who have at least one copy of Val tend to be more resilient emotionally. Those who are Met carriers have the propensity to be more reactive to negative emotion or stress.”

This genetic component was combined with the researchers’ studies. “We know that how parents respond to their children’s negative emotions influences the development of children’s response patterns over time,” Bost said in the study. “There is a whole body of literature linking emotion dysregulation to emotional overeating, dysregulation of metabolism, and risk for obesity, even starting at early ages. We wanted to begin to integrate information from these various fields to get a more holistic view of gene-environment interactions at this critical time in life for developing self-regulation.”

They began their research with a group of 126 children who were studied for the social aspect. For the genetic component, saliva samples were taken. Parents filled out questionnaires, rating how they typically respond to their common situations, including emotional outbursts.

Bost and colleagues found that parents most likely to use restrictive feeding were those who reported more frequent use of unresponsive stress-regulating strategies with their children — punishing or dismissive —and had children who were higher weight status and tested positive for the Met amino acid. But the same was not necessarily true for children who were Val carriers.

Bost and her team determined that breaking the cycle did not begin with blaming parents but instead by encouraging them to develop positive reinforcement and other techniques that could help their kids respond better and also help develop positive eating habits that likely would carry into adulthood.

While there exist myriad programs that focus on providing good nutrition or how to plan less stressful mealtimes, Bost explains that parents should also learn emotion regulation strategies in response to children who display emotional breakdowns and are eating to soothe — especially if the parents are restricting foods.

She added, “Sometimes the way parents respond is based on their own stress, belief systems, or the way they were raised. Educating parents from a developmental perspective can help them to respond to their children’s emotions in ways that will help their children learn to self-regulate their emotions and their food intake . . . responsive parenting involves an understanding of what stress-reducing approaches are most effective for a particular child.”

Why Yoga, Tai Chi and Meditation Are Good for You