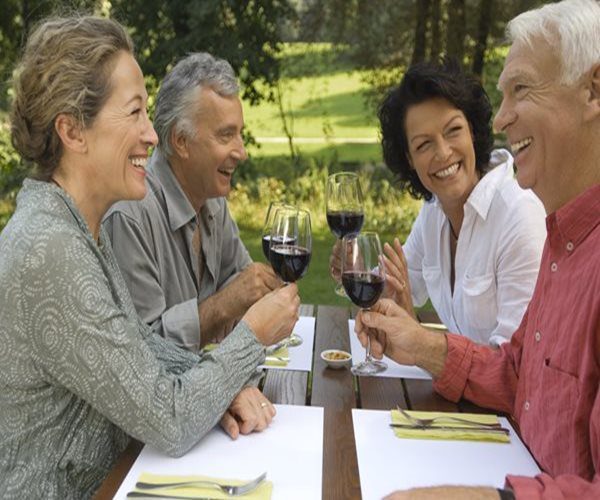 When consumed in moderation, notably as part of a Mediterranean diet, red wine, which contains polyphenol antioxidants, can be beneficial in delaying the onset of cognitive impairments in aging and neurodegenerative diseases like Parkinson’s and Alzheimer’s disease, researchers report.

To investigate the molecular mechanisms behind the neuroprotective actions of wine, researchers in Spain studied certain compounds that are left behind after the wine has passed through the gut — wine-derived human gut metabolites. These are found in the urine and feces of people who drink wine on a regular and moderate basis.

To study the effects of these metabolites on the brain, the compounds were added to human cells under stress conditions, similar to the initial stages of certain neurodegenerative disorders.

According to the results, published in Frontiers in Nutrition, the wine metabolites protected the cells from dying due to the stress conditions.

“[This] underpins the idea that humans benefit from food in different ways,” explains Dr. Esteban-Fernández from the Institute of Food Science Research in Madrid. “This individual difference is a factor not to be neglected to understand the health effects of certain foods. We are now in need to advance our understanding of the effect of diet in the promotion of normal brain function.”

The study concludes that diet can be considered an important factor in health maintenance and disease prevention.

Can Puppies Protect Babies From Allergies and Obesity?