Pet Owners More Likely to Find Ticks on Themselves 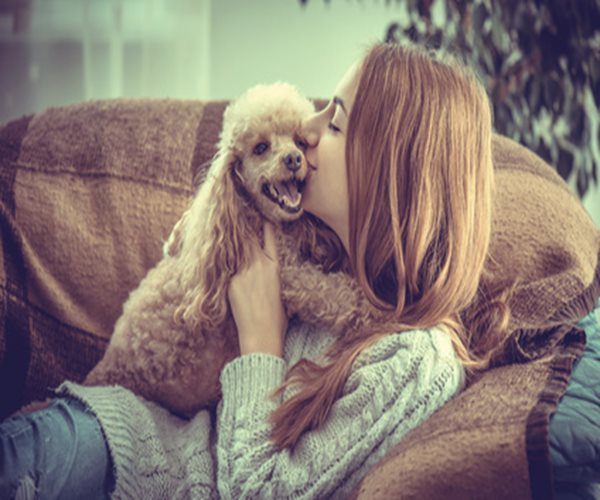 Having a pet dog or cat more than doubles the odds that humans will find a tick on themselves, and that could raise the risk of contracting tick-borne diseases like Lyme, researchers say.

“Ticks can transmit disease to people and their pets, particularly in the warmer months when they are most active,” said lead study author Erin Jones of the Maryland Department of Health and Mental Hygiene in Baltimore.

Jones’ team analyzed data collected by a U.S. Centers for Disease Control and Prevention initiative called TickNET, which aims to prevent tick-borne diseases across the country. Lyme disease is the most common such disease in the U.S.; the risk of exposure is highest in northeastern states, the researchers write in Zoonoses and Public Health.

“Preventing tick bites by avoiding wooded and brushy areas with high grass and leaf litter, appropriately using repellents on skin and clothing, and checking for ticks after going outside are effective prevention methods,” Jones said in an email.

The researchers surveyed 2,727 households in three states where Lyme disease is endemic: Connecticut, Maryland and New York. More than half of the households, 1,526, had a dog, a cat or both. About 88 percent of these households reported using some form of tick control on their pets.

About 20 percent of pet-owning households had found ticks on their pets. Finding a tick on a pet doubled the likelihood of finding ticks crawling on or attached to household members.

But the researchers found no significant difference in tick-borne diseases reported by pet owners and non-owners – in each group, about 20 percent had had a verified tick-borne illness.

“Lyme disease is getting more attention because the number of human cases has increased, and tick habitats are changing as an indirect consequence of climate change,” said Dr. Bruno Chomel, a veterinary researcher at the University of California, Davis who wasn’t involved in the study.

“It makes sense that people who have pets, especially dogs, are more likely to be around fields or areas where ticks could be hanging out,” he told Reuters Health by phone. “Pets can bring these parasites into the human environment, especially if they sit on couches or sleep in beds with owners.”

One limitation of the study is that tick control use was self-reported, so the research team wasn’t sure whether the owners applied the medication accurately and consistently or what brand was used. In addition, the study group may have been too small to detect an increased risk of tick-borne diseases when a household included pets, the authors write.

“Pet owners are encouraged to check their pets for ticks daily, especially after they spend time outdoors,” Jones told Reuters Health. “Enjoy the outdoors, but prevent tick bites on yourselves and your pets.”