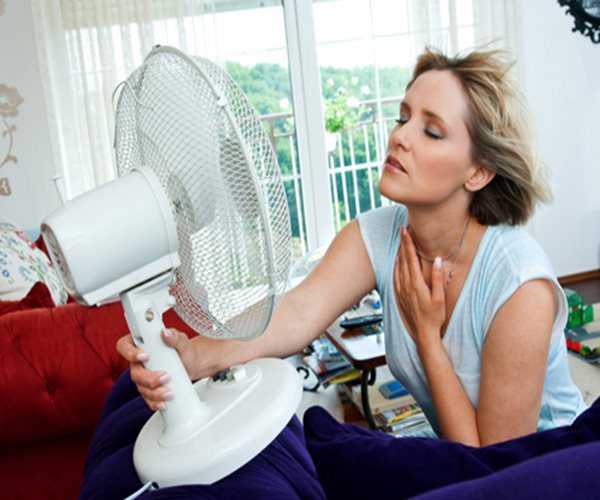 Menopause can be a smooth transition for some women, but others are plagued with flushes, night sweats, fatigue, depression, headaches, and other troublesome symptoms. Hormone replacement therapy (HRT), which used to be routinely prescribed to replace lost estrogen and mitigate symptoms, has come under fire in recent decades for a possible link to breast cancer.

Red clover has long been a major weapon in herbalists’ defense against the symptoms of menopause. Red clover contains isoflavones, which are plant-based chemicals that have effects similar to estrogen. Now, a Danish study finds that fermented red clover extract effectively prevents the hot flushes, hormonal swings, and bone loss that often accompany menopause.

Researchers at Aarhus University found that red clover extract significantly decreases both the number and severity of daily hot flushes, one of the most annoying symptoms.

It is the fermentation of red clover that makes the herb so effective, says researcher Max Norman Tandrup Lambert. “The lactic acid fermentation increases the bioavailability of the bioactive estrogen-like compounds, known as isoflavones or phytoestrogens, that red clover has in abundance.”

“The challenge with isoflavones is that they can be difficult to digest as they naturally occur in the plant bound to sugar molecules which prevent absorption,” he said. “Hence, a large proportion of the isoflavones that are consumed as a pill or capsule can pass through the intestine without entering circulation.

“This problem is bypassed when the red clover extract undergoes a fermentation process,” he continued. “To be technical, the process separates the sugar molecules from the isoflavones, thereby increasing bioavailability.”

For the study, 130 women with menopause symptoms were recruited. Of those, 60 were selected because they reported at least five severe hot flushes a day.

The women were divided into two groups of 30. One group drank 150 ml (about 5 ounces) of red clover extract each day for 12 weeks while the other 30 drank a placebo product. The researchers were “speechless,” said Lambert. “There was a much greater effect than we had hoped for.”