How Ancient Grains Can Boost Your Health and Nutrition 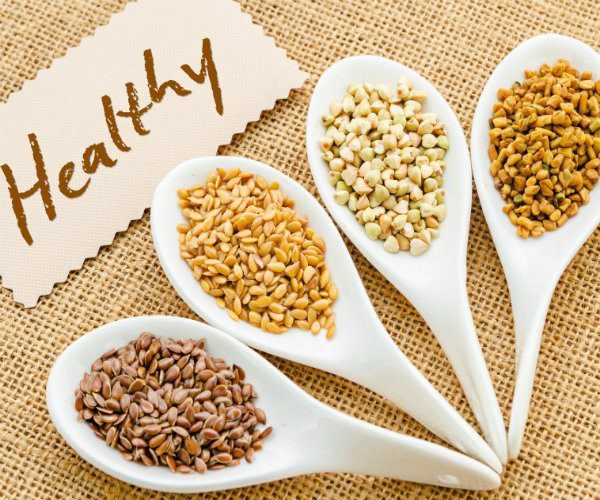 Ancient grains are getting a lot of attention these days as a healthy alternative to processed wheat products. But they’re not exactly a new health food fad. In fact, such grains – including buckwheat, quinoa, and spelt – have been around for thousands of years.

Unlike the cultivated, refined grains used in most conventional food products today, ancient grains are whole grains or wheats that provide higher nutritional value because they have remained largely unchanged in form for millennia.

Many of these are believed to be more effective than refined grains in helping to prevent heart disease, reduce aging, combat age-related mental decline, and lower diabetes risks.

“By removing the healthful bran and germ, refined grains lose about a quarter of their protein, and half to two-thirds or more of a score of nutrients, leaving the grain a mere shadow of its original self. Enrichment adds back fewer than a half-dozen of the many missing nutrients, and does so in proportions different than they originally existed.”

Dr. Mehmet Oz also endorses ancient grains, and has noted they are “packed with heart-friendly polyphenols, anti-inflammatories and nutrients.” Some examples include:

According to a 2015 review in the American Journal of Clinical Nutrition, which analyzed the results of 24 randomized controlled trials (involving 2,275 participants) researchers found eating whole grains correlates with lower levels of cholesterol (including the “bad” LDL form that raises heart disease risks).

In addition, the analysis showed that consuming whole grain oats led to the greatest reduction in cholesterol, compared to other grains.

Toups notes that such grains are typically found in the bulk bins at supermarkets and some whole food stores. You can add these grains to soup, cereal, oatmeal, yogurt, and cottage cheese.

She also recommends checking food labels to identify products, such as pasta varieties, made with ancient grains. Some pastas and other foods are made with them.

“Ancient grains are fairly affordable compared to other trendy ingredients or health foods, such as Greek yogurt, salmon, and avocados,” she adds.

In addition, she explains that a number of ancient and heirloom varieties of wheat are also good choices — including einkorn, farro, spelt, emmer, and kamut.

Troups explains that it’s easy to include ancient grains in home-cooked meals.

“Try starting your day with artisan, ancient grain toast topped with mashed avocado and chili flakes, or try a warm porridge of millet with apples, cinnamon, and honey,” she suggests.

“For lunch, [try] a freekeh salad with spring greens, chickpeas, tomatoes, radishes, and Greek dressing is a delicious option, while a chicken and vegetable stir fry is great with barley, sorghum, or quinoa as the base.”