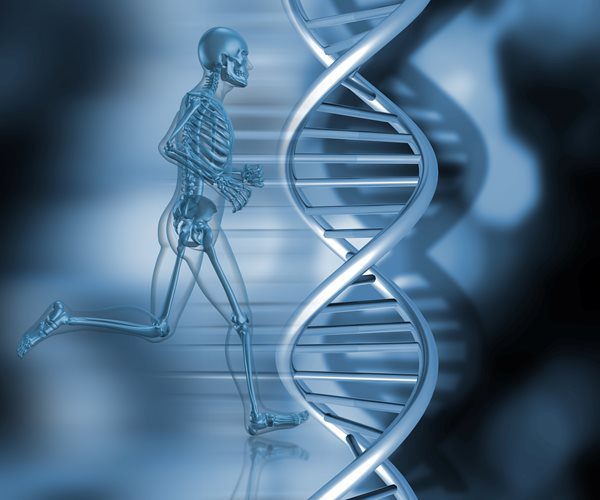 Although scientists have yet to develop an effective pill that will stop aging, a study from Brigham Young University says you can do it yourself —  if you exercise a lot and don’t mind sweating. Heavy exercise can cut aging in your cells by nine years.

The study, which was published in the medical journal Preventive Medicine, found that people who have consistently high levels of physical activity have significantly longer telomeres than those who have sedentary lifestyles, as well as those who are moderately active.

Telomeres are the pieces of DNA at the end of chromosomes that act as protective caps. Chromosomes, which protect our genes, get shorter every time a cell divides. Once a chromosome gets too short, it dies. Shortened chromosomes are associated with the diseases of aging and death.

Tucker analyzed data from 5,823 adults who participated in the CDC’s National Health and Nutrition Examination Survey, one of the few indexes that includes telomere length values for study subjects. The index also includes data for 62 activities participants might have engaged in over a 30-day window. Tucker used the data to calculate levels of physical activity.

Tucker found adults with high physical activity levels have telomeres with a biological aging advantage of nine years over those who are sedentary, and a seven-year advantage compared to those who are moderately active. To be highly active, women had to engage in 30 minutes of jogging per day (40 minutes for men), five days a week.

“If you want to see a real difference in slowing your biological aging, it appears that a little exercise won’t cut it,” he said. “You have to work out regularly at high levels.

“We know that regular physical activity helps to reduce mortality and prolong life, and now we know part of that advantage may be due to the preservation of telomeres,” Tucker said.

Researchers have been searching for other means to extend the length of telomeres. Scientists at Stanford University have found that a modified RNA protein can extend their lives.

RNA, or ribonucleic acid, helps transfer genetic information. Scientists modified RNA to contain the coding for an enzyme called telomerase, which is expressed by stem cells. When scientists treated skin cells with the modified RNA, the treated cells acted like much younger cells, multiplying as many as 40 times more than untreated cells.

“We have found a way to lengthen human telomeres by as much as 1,000 nucleotides, turning back the internal clock in these cells by the equivalent of many years of human life,” said Helen Blau, Ph.D., professor of microbiology and immunology at Stanford.