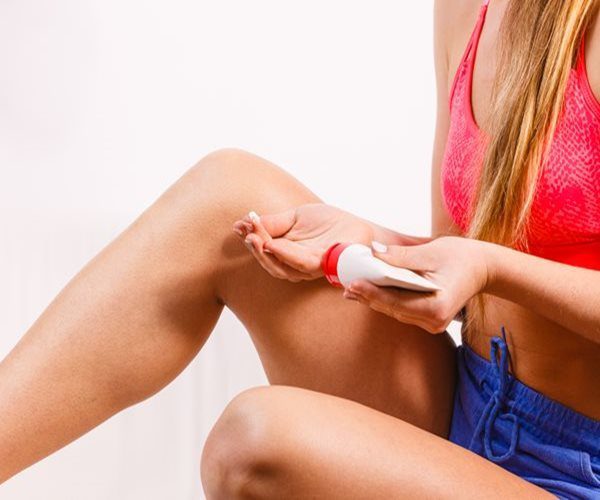 Chronic pain is a way of life for millions of Americans, and many risk addiction by resorting to dangerous opioids to ease their suffering. Even those who are willing to risk addiction are finding painkillers harder to get as doctors cut down on the amounts of opioids they prescribe. Other desperate victims of chronic pain opt for over-the-counter relief, such as acetaminophen (Tylenol) and ibuprofen (Advil). But in addition to often being less effective, taking just slightly more than the recommended amount can have devastating consequences.

A recent study published in the British Medical Journal (BMJ) found that common non-steroidal anti-inflammatory drugs (NSAIDs) raised the risk of a heart attack as soon as one week after beginning their use, especially in higher doses. The medications include ibuprofen (Advil, Motrin), diclofenac (Voltaren, Cambia), celecoxib (Celebrex), and naproxen (Midol, Aleve).

A Scottish study published in the British Journal of Clinical Pharmacology found that taking large doses of Tylenol over a period of time, even at recommended levels, can build up in the system and cause life-threatening liver damage. In addition to liver damage, ibuprofen can also cause gastrointestinal bleeding.

The answer to chronic pain, especially lower back pain and pulled muscles and ligaments, may be comfrey, an herb that’s been used for thousands of years in topical ointments to ease pain.

“Comfrey is an effective pain killer that can be used to treat any kind of pain,” says nationally recognized pain expert Dr. Jacob Teitelbaum, author of Pain Free 1-2-3! “Comfrey cream can be rubbed on wherever you hurt, and it works immediately — within seconds.”

Comfrey’s power isn’t anecdotal. Many studies confirm its effectiveness in helping several painful conditions. They include:

• Upper and lower back pain. A double-blind, placebo-controlled study published in the British Journal of Sports Medicine studied volunteers between the ages of 18 and 60 who had acute lower or upper back pain. Those who used an ointment containing comfrey root extract three times daily for five days had significant reduction in pain. Patients using the comfrey ointment reported a 95 percent reduction in pain compared to only 38 percent in those who used a placebo ointment. “Comfrey root extract shows a remarkably potent and clinically relevant effect in reducing acute back pain,” wrote the researchers.

• Sprains. A randomized study published in the Journal of the Australian Traditional-Medicine Society found that comfrey relieved the pain of sprains better than a prescription medication. Participants with acute ankle sprains received either topical comfrey root extract cream or the prescription diclofenac (Voltaren) gel. After seven days, swelling was down 70.5 percent in the comfrey groups compared to 69.4 percent in the diclofenac groups. Pressure pain was reduced by 80.6 percent with comfrey compared to 74.7 percent for diclofenac.

• Arthritis. In a study published in Phytomedicine, volunteers with painful osteoarthritis of the knee who used a comfrey cream three times a day for three weeks reported a 55 percent reduction in pain both when moving and when at rest. The randomized, double-blind study found that patients who used a placebo cream reported an 11 percent improvement.

• Wounds. A randomized, double-blind study used comfrey creams to heal wounds. Volunteers used two different strengths of comfrey creams. One contained 10 percent active ingredients and a second cream contained 1 percent. After two to three days, wounds treated with the 10 percent preparation were 49 percent smaller than those wounds not treated with comfrey, and wounds were 29 percent smaller in volunteers treated with the 1 percent cream. Comfrey’s healing power is attributed to a component called allantoin that’s believed to spur the growth of new cells.

Although comfrey can heal, it can also harm due to pyrroloxidine alkaloids (PA), which can be toxic to the liver. Experts warn to limit comfrey’s use to no more than 10 days at a time, and to never put it on an open wound.

Some PA-free comfrey products are available which have no detectible PAs. PA-free ointments can also be used on cuts and abrasions, since there are no toxins to get into the bloodstream.

Comfrey salves are inexpensive, and can be found in health food stores or ordered over the internet.