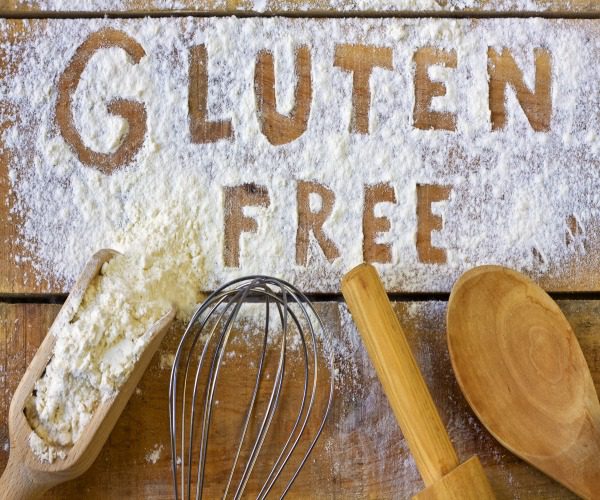 More and more people are following a gluten-free diet, but if they have no medical reason to do so they could actually be risking their health, a top expert says.

“The evidence is mounting against any health benefits from a gluten-free diet for those people without a medical reason,” John Douillard tells Newsmax Health.

Gluten is a naturally occurring protein present in cereal grains, especially wheat, which is responsible for the elastic texture of dough.

Traditionally, gluten was considered harmless unless eaten by people with celiac disease, whose digestive systems are unable to handle it.

But recently the idea of eating gluten-free has caught on, and the number of people following such a diet tripled in the five years between 2009 and 2014, while the number of those with celiac disease remained stable, research shows.

On the other hand, a pair of large studies, published in the past few months, has found those people who eat little gluten could be at risk of developing coronary heart disease, as well as diabetes.

Douillard is a chiropractor, certified addiction professional, and the author of “Eat Wheat,” along with six previous health books.

An expert in the field of natural heath, he is also former player development director and nutrition counselor for the New Jersey Nets NBA team. He has also appeared on the Dr. Oz Show, and featured in many national publications.

Here are excerpts from his recent interview with Newsmax Health.

A: People would come to me with digestive problems and I’d tell them to get off wheat and they’d feel better for a short time, but after awhile, their problems would return. The same thing happened with dairy, or nuts. The problem wasn’t actual these specific foods. But, as the medical profession started making medical recommendations to get off of wheat, people began treating it like a poison.

Q: Who should not eat gluten?

Q: How did the idea that gluten is bad catch on?

A: Originally, people with celiac disease were told to avoid gluten but the idea caught on that it was good for other people as well, and now gluten-free has become a buzzword and it’s grown into a $16 billion industry. They’re even put “gluten free” on foods that never had any gluten in them, like yogurt.

Q: What’s the problem with gluten?

A: People who promulgate a gluten-free diet contend we aren’t genetically capable of eating gluten but that’s wrong. The University of Utah did a study that found evidence of wheat and barley in the teeth of ancient humans 3 ½ million years ago. The Paleo diet says to avoid grains, but if you talk to anthropologists, you’ll find out there’s nothing Paleo about this. Ancient humans gathered wheat berries to fuel them for the whole day. Most experts agree we didn’t start cooking out own meat until 500,000 years ago, so we had wheat in our teeth millions of years before that.

Q: What are the gluten-free people missing out on?

A: In addition to new studies that show wheat may lower diabetes and heart disease risk, wheat is a natural probiotic, and people who don’t eat it have less good microbes in their microbiome and more bad ones. They also are more likely to have weaker immune systems, because research finds eating the indigestible part of wheat helps to strengthen to strengthen it. In addition, people who follow the MIND Diet and the Mediterranean diet, both which permit whole grains, reduce their risk of Alzheimer’s disease.

Q: If it’s not gluten, what is the problem with the way we eat?

1. Choose bread with only these ingredients: Organic whole wheat, water, salt, and an organic starter.

2. Sprouted soaked breads typically found in the refrigerator section are much easier to digest.

3. Avoid any bread or any packaged foods with cooked or heated vegetable oils. These are preservatives and indigestible.

4. Think seasonal eating. Eat more grains in the fall when they are harvested and less in the spring and summer.

5. Start your day with a beet, apple, and celery drink to amp up your digestive strength and spice your food with spices such as: ginger, cumin, coriander, fennel, and cardamon.