Fattest US Cities: Did Your Hometown Make New Ranking? 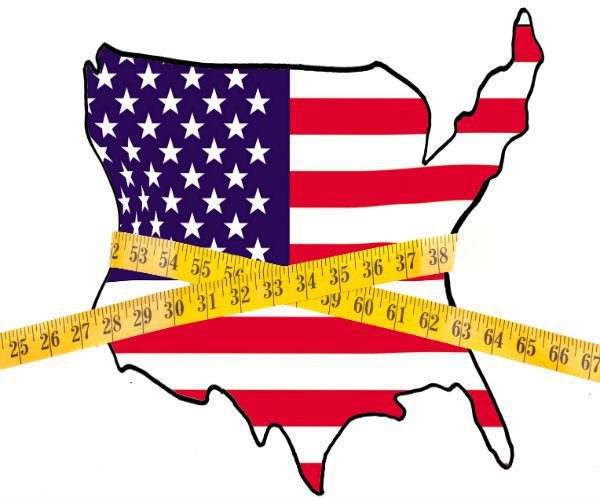 Seattle, take a bow. Jackson, hit the gym. A new study ranking the nation’s 100 fattest cities has found residents of the Mississippi city topped the scales nationally, while Jimi Hendrix’s hometown has the smallest proportion of overweight residents.

The analysis, by Wallethub.com, found that 70 percent of Americans aged 15 and older are overweight or obese — in line with statistics compiled by the Centers for Disease Control and Prevention. But some cities are more likely to have more residents who hit those thresholds than others.

On balance, the south tended to rank higher in the new study, which has historically been the case, while residents of colder, northern states and the Pacific Northwest fared better.

“There isn’t any major new information here,” Platkin explains. “There are a lot of variables that go into diet and obesity, including poverty levels, and diet and culture of southern states, for instance.”

The 10 fattest cities on the new list tended to be southern:

At the other end of the spectrum, researchers found the following 10 cities to be on the lowest end of the “obesity” scale:

The researchers, as well as the U.S. Department of Agriculture, suggested a variety of factors play a role in U.S. obesity trends. Among them:

Regional variations in diet. The south is famous for barbecue, fried foods, and sweet tea; northern and coastal cities may offer a wider range of healthy options of vegetables, whole grains, and fruits. These differences in dietary patterns are influenced by social, demographic, cultural, historical, and economic factors

Poverty. Economic factors play a role in food choices and activity levels. According to the USDA, 42.2 million people live in households where access to healthy foods is limited, often because of poverty-related issues. In such households, families may not be able to afford to eat regular, balanced, healthy meals, or may turn to less-healthy alternatives to save money. Such households are more prominent in the south than the northeast, the west, and the Midwest.

Activity, exercise trends. Northern metropolitan cities and other areas, such as the Denver area, that are popular places for healthy physical activities — such as hiking, skiing, and other outdoor sports — tend to rank lower in obesity scores.

Shopping habits. The shopping and dietary habits of people who participate in the Supplemental Nutrition Assistance Program (SNAP), formerly known as Food Stamps, are other factors. Most households receiving SNAP benefits, according to the USDA, don’t consume the same quantities of fruit, whole grains, and other healthy foods as people who aren’t on receiving food assistance.

USDA research has shown that 11 states — located along the western and southern borders of the country plus the District of Columbia — have higher-than-average levels of poverty and more people receiving SNAP benefits. These factors explain, at least in part, the prevalence of obesity across southern states. There is a higher level of food insecurity and greater use of SNAP benefits.

Platkin notes the survey rankings don’t aim to solve the nation’s obesity crisis, but they could inform aggressive promotions and education — similar to what Americans have done with in past public health campaigns, such as those aimed at tobacco use.

“Look at things we have done successfully, like smoking cessation and recycling,” he says.

Culturally significant programs like food access and cooking classes might make a difference in regions of the country where obesity rates are especially high, he adds.

Combatting poverty could also lead to improvements in diet and activity levels in some cities.

“Culturally, what are the diets, how much outdoor appeal is there, physical activity, and what about binge drinking in these areas?” he says.

To check out the complete list of the nation’s 100 fattest cities, check out Wallethub.com.