Does Smelling Food Make You Fat? 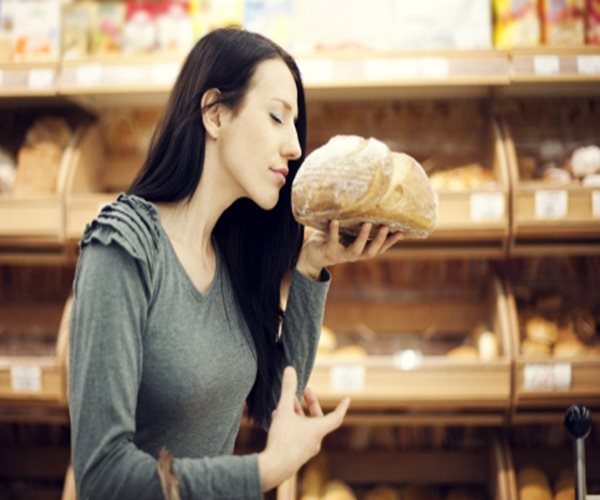 The findings, which were published in the journal Cell Metabolism, suggest that the odor of what we eat may play an important role in how the body deals with calories. If you can’t smell your food, you may burn it rather than store it. But simply being able to smell your food may pack on the pounds.

Scientists know that humans who lose their sense of smell due to age, strokes, or diseases such as Parkinson’s, often become anorexic. They theorized that the loss of pleasure in eating can lead to depression, which can cause loss of appetite. But the new study suggests that the loss of smell itself plays a role in how the body uses energy.

For the study, researchers used gene therapy to destroy olfactory neurons in the noses of adult mice. They spared stem cells, however, so that the loss of smell was only temporary and lasted for about three weeks before the olfactory neurons re-grew.

The smell-deficient mice rapidly burned calories by reregulating their sympathetic nervous system, which is known to increase fat burning. The mice turned their beige fat cells, the subcutaneous fat storage cells that accumulate around our thighs and midriffs,  into brown fat cells, which burn fatty acids to produce heat.

In these mice, white fat cells — the storage cells that cluster around our internal organs and are associated with many health problems — also shrank in size.

Although it would be a drastic step to eliminate smell in humans wanting to lose weight, Andrew Dillin, senior author of the study, said it might be a viable alternative for the morbidly obese contemplating stomach stapling or bariatric surgery.

“For that small group of people, you could wipe out their smell for maybe six months and then let the olfactory neurons grow back, after they’ve got their metabolic program rewired,” he said.

One problem is that the loss of smell was accompanied by a large increase in levels of the hormone noradrenaline, which is a stress response tied to the sympathetic nervous system. In humans, such a prolonged rise in this hormone could cause a heart attack.

But stomach stapling and bariatric surgery are also associated with problems. A study published in Surgery for Obesity and Related Diseases found that one in five patients who undergo bariatric surgery for weight loss is likely to develop problems with alcohol.

5 Reasons to Take a Nap