Diet Products Can Make You Fat 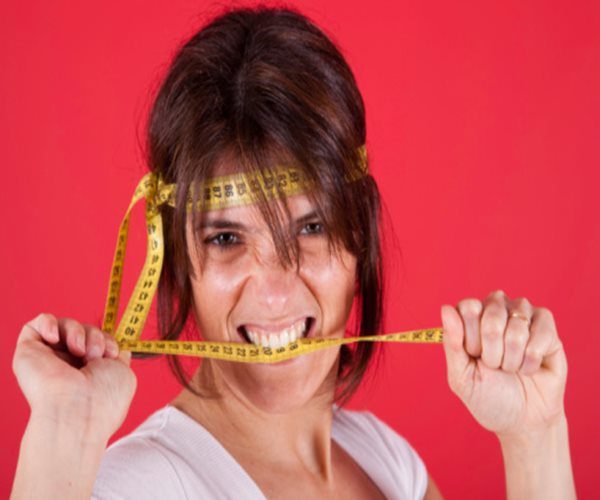 When you’re on a diet, you may gravitate to the “diet” food section at the supermarket, but beware: Diet foods can destroy your diet and make you fat. Although labeled “diet” or “low-fat,” they may be high in sugar and can make you gain weight, not lose it.

Researchers from the University of Georgia fed rats a diet high in sugar but low in fat that was meant to imitate many popular diet foods, and found that the animals gained weight when compared to rats fed a balanced rodent diet.

In addition, the high-sugar diet induced a host of medical problems, including liver damage and brain inflammation.

“Most so-called diet products containing low or no fat have an increased amount of sugar and are camouflaged under fancy names, giving the impression that they are healthy, but the reality is that those foods may damage the liver and lead to obesity as well,” said the study’s principal investigator, Krzysztof Czaja.

“What’s really troubling in our findings is that the rats consuming high-sugar, low-fat diets didn’t consume significantly more calories than the rats fed a balanced diet,” said Czaja, an associate professor of veterinary biosciences and diagnostic imaging in UGA’s College of Veterinary Medicine.

“Our research shows that in rats fed a low-fat, high-sugar diet, the efficiency of generating body fat is more than twice as high — in other words, rats consuming low-fat high-sugar diets need less than half the number of calories to generate the same amount of body fat,” he said.

Researchers divided rats into three groups and monitored their body weight, caloric intake, body composition, and fecal samples over a period of four weeks. One group consumed a diet high in fat and sugar, another group was fed a low-fat, high-sugar diet, and a third group was given a balanced or “normal” diet.

Both the low-fat, high-sugar and high-fat, high-sugar groups showed significant increases in both body weight and body fat when compared to the balanced group. They also showed an increase in liver fat.

The accumulation of liver fat in the high-sugar, low-fat group, Czaja said, “is a very dangerous situation, because the liver accumulating more fat mimics the effect of non-alcoholic fatty liver disease.”

Non-alcoholic fatty liver disease is caused by fat buildup in the liver. Serious forms of the disease can cause liver damage similar to that caused by heavy alcohol use.

The two high-sugar diets also caused chronic inflammation in the intestinal tract and brain. Previous studies found that the brain inflammation changed signals in the brain that controlled the ability to determine when one is full.

“The brain changes resulting from these unbalanced diets seem to be long term, and it is still not known if they are reversible by balanced diets,” Czaja said.

Previous studies have shown other problems with low-fat diets. A study published in the Journal of Affective Disorders linked low-fat diets with depression. Low-fat diets have also been linked to heart disease. One study found that diets low in fat lowered the body’s level of HDL — the “good” cholesterol that helps protect against heart disease.