Two Weeks on the Couch Can Trigger Body’s Decline 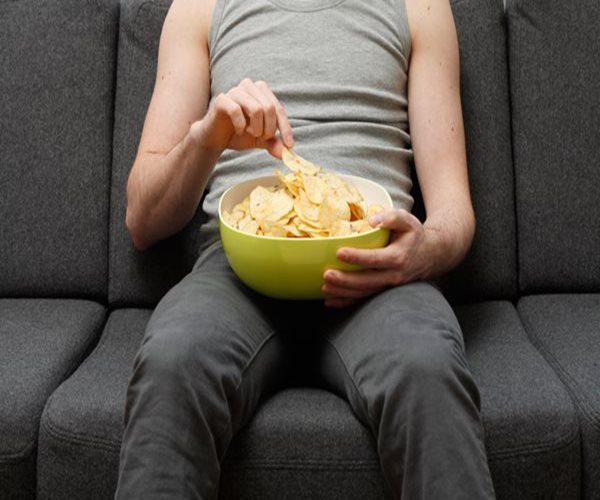 Taking a short break from an active lifestyle may do more harm than most people might think, a new study warns.

Just two weeks of sedentary behavior can cause healthy, young people to start losing muscle and develop fat around their organs. And this can increase their risk for conditions such as heart disease and type 2 diabetes that could eventually lead to a premature death, British researchers report.

“What’s alarming about this study is that it was done in healthy volunteers. They were not patients or overweight or had risks for type 2 diabetes,” said lead researcher Kelly Bowden-Davies, from the Institute of Aging and Chronic Disease at the University of Liverpool.

“In 14 days we see small, but significant, changes in markers that predispose people to risk,” she said.

In the study, people were asked to limit their physical activity for two weeks. This included taking the elevator instead of the stairs, taking a bus instead of walking and staying at home more than usual, Bowden-Davies said.

After two weeks of a sedentary life, participants lost nearly a pound of lean muscle mass and gained body fat. The increase in body fat tended to be in the belly, a major risk factor for developing chronic diseases.

In addition, fitness levels dropped sharply, and participants were not able to run for as long or at the same intensity as they had before, the researchers found.

Mitochondrial function, which is the ability of cells to regulate energy, also dropped, but the change was not statistically significant, the study authors noted.

“Globally, people are becoming more and more inactive due to technology, public transport, escalators and elevators, and machines that do what we used to do day to day,” Bowden-Davies said.

The good news is that after going back to an active lifestyle, all these changes were reversed and returned to normal within two weeks, she said.

“The negative effect of an inactive lifestyle can be reversed when we become active again,” Bowden-Davies said.

Going to the gym a couple of times a week, however, won’t reverse the trends of an otherwise sedentary life, she said. Exercise is good, but you need to be active all day, which includes being on your feet and taking walk breaks, Bowden-Davies said.

The problem is more severe in older people who have a sedentary lifestyle and are probably in worse shape than younger people, she said. But it’s never too late to change your lifestyle and see improvements in your health.

The findings were to be presented Wednesday at the European Congress on Obesity, in Porto, Portugal. Research presented at meetings is considered preliminary until published in a peer-reviewed journal.

According to Dr. Minisha Sood, an endocrinologist at Lenox Hill Hospital in New York City, “We’ve known all along that being sedentary will increase the risk of gaining fat and losing muscle, and overall poorer health.” Sood was not involved with the new study but is familiar with the findings.

“What’s novel about this study is that it emphasizes how little time it takes of a sedentary life to start to see those changes,” she added.

But Sood wasn’t sure that going back to an active lifestyle would reverse all of the damage a sedentary period causes. Some of these changes may be permanent, she said.

“If your goal is to be in optimal health, you shouldn’t have a sedentary lifestyle,” Sood said. “An active lifestyle is one where physical activity is built into the day, throughout the day.”

In addition, different types of exercise — like resistance training to counter the aging of muscle and cardio training to increase stamina — are important, Sood said.

“The point is not to hit the gym once or twice a week, but to build an active lifestyle where you are taking walks outside and not sitting all day,” she said.

For the study, Bowden-Davies and her colleagues collected data on 28 healthy, physically active people, average age 25, with a normal body weight. The participants walked an average of 10,000 steps per day and all wore an armband that kept track of their physical activity.

At the start of the study, participants were given a medical checkup that included measuring fat and muscle mass, mitochondrial function and physical fitness.

The exam was done two weeks later after the participants had reduced their physical activity by more than 80 percent, to around 1,500 steps per day.

In addition, the participants kept a journal of what and how much they ate to ensure there were no changes in diet throughout the study, Bowden-Davies said.