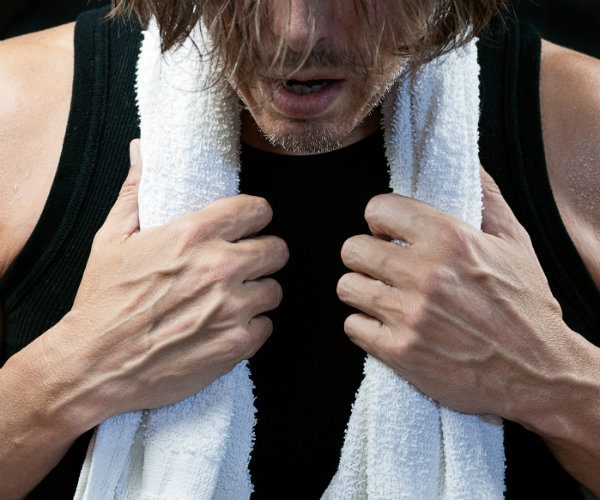 When it comes to stomach discomfort during exercise, forget that old adage “no pain, no gain.” New research suggests that excessive strenuous exercise may lead to gut damage.

“The redistribution of blood flow away from the gut and towards working muscles creates gut cell injury that may lead to cell death, leaky gut, and systemic immune responses due to intestinal bacteria entering general circulation,” Costa added. He’s a senior researcher with the department of nutrition, dietetics and food at Monash University in Australia.

Researchers observed that the risk of gut injury and impaired function seems to increase along with the intensity and duration of exercise.

The problem is dubbed “exercise-induced gastrointestinal syndrome.” The researchers reviewed eight previously done studies that looked at this issue.

Two hours appears to be the threshold, the researchers said. After two hours of continuous endurance exercise when 60 percent of an individual’s maximum intensity level is reached, gut damage may occur. Costa said that examples of such exercise are running and cycling.

He said heat stress appears to be an exacerbating factor. People with a predisposition to gut diseases or disorders may be more susceptible to such exercise-related health problems, he added.

Dr. Elena Ivanina is a senior gastroenterology fellow at Lenox Hill Hospital in New York City. She wasn’t involved with this research but reviewed the study. She said that normal blood flow to the gut keeps cells oxygenated and healthy to ensure appropriate metabolism and function.

If the gut loses a significant supply of blood during exercise, it can lead to inflammation that damages the protective gut lining. With a weakened gastrointestinal (GI) immune system, toxins in the gut can leak out into the systemic circulation — the so-called “leaky gut” phenomenon, Ivanina said.

But, she underscored that exercise in moderation has been shown to have many protective benefits to the gut.

“Specifically, through exercise, patients can maintain a healthy weight and avoid the consequences of obesity,” she said. Obesity has been associated with many GI diseases, such as gallbladder disease; fatty liver disease; gastroesophageal reflux disease (GERD); and cancer of the esophagus, stomach, liver and colon. Regular moderate physical activity also lowers the risk of cardiovascular disease, type 2 diabetes and depression.

To prevent exercise-related gut problems, Costa advised maintaining hydration throughout physical activity, and possibly consuming small amounts of carbohydrates and protein before and during exercise.

Ivanina said preventive measures might help keep abdominal troubles in check. These include resting and drinking enough water. She also suggested discussing any symptoms with a doctor to ensure there is no underlying gastrointestinal disorder.

Costa recommended that people exercise within their comfort zone. If you have stomach or abdominal pain, “this is a sign that something is not right,” he said.

Individuals with symptoms of gut disturbances during exercise should see their doctor.

The study authors advised against taking nonsteroidal anti-inflammatory drugs — including ibuprofen (Advil, Motrin) or naproxen sodium (Aleve) — before working out.

The International Foundation for Functional Gastrointestinal Disorders suggests consulting a dietitian familiar with FODMAP diets. Such diets can be difficult to initiate properly on your own, the foundation says.

The study results were published online recently in the journal Alimentary Pharmacology & Therapeutics.