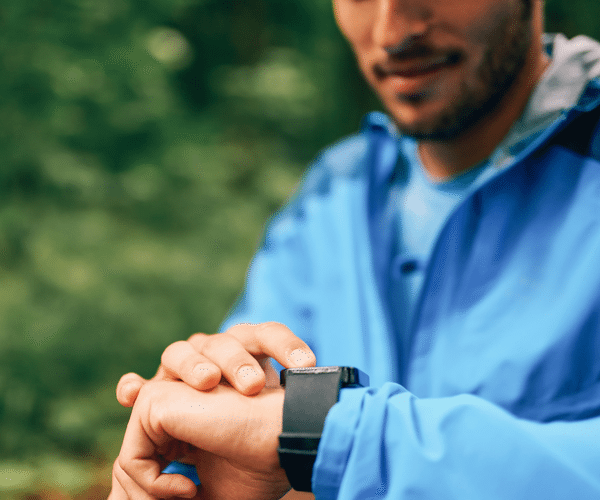 Wearable fitness monitors (think Fitbit) provide a “motivation alert” as you approach the magic number of 10,000 steps per day, with a “celebration” of lights on their displays when that goal is reached. But a new study shows that objective may not be anything to celebrate — and focuses on a new threshold for maximum health benefits.

The study, published in the March International Journal of Obesity, and reported in The New York Times, is based on mail carriers in Scotland, and researchers at the University of Warwick in England found that the 10,000-step regimen is too conservative. For optimum heart-health benefits, it’s best to go the extra mile — to 15,000 steps.

Mail carriers in Glasgow mostly cover their routes on foot, so researchers knew they would perfect test subjects for the study. They also knew office workers there were seated for most of the day, providing contrast participants. For their study, they followed 111 postal workers of both categories (56 mail carriers, and 55 office workers) and included both sexes between the ages of 40 and 60. Researchers compiled data on blood sugar levels, body-mass index (BMI — a measure of body fat based on height-to-weight ratio), waist sizes, and cholesterol levels. Participants each wore a fitness monitor throughout the day for a week, including time at work, at home and on the weekends.

Researchers compiled data based on activity during waking hours. This included time spent seated and on foot. What they found was enlightening. Between work and home, some of the office workers sat for more than 15 hours in total each day. The office workers who sat for most of the day tended to have larger waistlines, higher BMI numbers, and unfavorable cholesterol profiles. The researchers also figured in late-night shift work (which has been proven affect heart health), family history, and age.

The study also showed that for every hour spent sitting beyond five hours, office workers added about two-tenths of a percent to the likelihood of developing heart disease.

In contrast, any amount of walking or standing reduced the chances of having a large waistline and other risk factors associated with a healthy heart.

But the benefits of the postal carriers who walked the equivalent of at least three hours per day (the magic 15,000) were a step up: They had normal BMIs and waistlines and metabolic profiles — in other words, lessened risk of heart disease.

The study seems to confirm that the 10,000-step goal has not kept pace with modern waistlines and eating habits. Quite a few sources, including RunnersWorld.com, say the 10,000 steps-per-day goal gets its origins from Japan in the 1960s. Dr. Yoshiro Yatano, then a professor at Kyushu University of Health and Welfare, pegged the goal at 10,000 after concern over growing obesity rates. That’s roughly the amount of steps that would burn about 20 percent of a person’s daily calories at the time. He coupled his concerns with a pedometer that was developed in 1965 and the campaign took off.

But it’s a moving target in terms of optimum health benefits. Diets change. Even before the Glascow study, not all health experts agreed to the amount of steps necessary, and some argue the type of exercise makes a difference as well. In fact, the Centers for Disease Control and Prevention offers no step guides at all, preferring instead to focus on 150 minutes of moderate activity per week (which, in steps-per-day language, translates to about 8,000).

Of course, any amount of exercise is better than none at all, and it’s important to remember not to be discouraged if you can’t reach 15,000 steps per day or even 10,000 steps per day. But if you’re among those who set out to get the most heart-health protection possible, and you’ve relied on that magic 10,000, you might want to consider the results of the Glasgow postal workers. Better get moving.