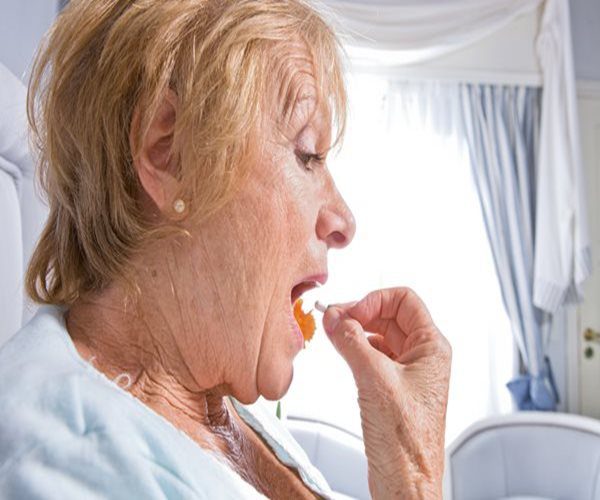 Researchers from New York University School of Medicine studied the data from 2,867 older adults and found that they had the same risk of dying as seniors who didn’t take statins, and also suffered the same amount of heart attacks and strokes. In fact, statins may have caused more harm than good since more deaths occurred in the group taking statins.

“When you know the mechanisms of how statins work in the body, how anyone could predict that they will prolong a person’s life is beyond me, particularly in older people,” Brownstein tells Newsmax Health.

“Seniors depend on adequate cholesterol for a host of reactions in the body, including proper brain function and proper hormonal production,” he says.

“Some studies have shown that statins increase the risk of Alzheimer’s and Parkinson’s, even if you take CoQ 10 to help cope with some of statins’ side effects, because statins lower cholesterol.

“The highest concentration of cholesterol in the body is in the brain,” Brownstein says. “The brain actually produces its own cholesterol, and it needs cholesterol to function properly.

“Since statins have been shown to fail in 97 to 99 percent of the people who take them, I can’t imagine — with those odds — why anyone would consider taking this drug when they know the side effects are severe and many.”

Still, statins continue to be prescribed and are one of the most commonly prescribed medicines in the world. “Big pharma has convinced doctors that statins are much more effective than they are by using questionable statistical methods,” Brownstein says. “Unfortunately, most doctors don’t understand how to read statistics and don’t know how to read the studies.

“This isn’t the first study to show that statins harm patients,” Brownstein says and points to a 2015 study, published in Critical Care Medicine, which found that the lower a patient’s cholesterol levels, the higher the risk of dying during the 30-day period following a heart attack.

A 2016 study published in the British Medical Journal found that not only do high cholesterol levels not shorten the lifespan of senior citizens, they may live as long — or longer — than their peers with low levels.

The results, which came after analyzing more than 68,000 patients over the age of 60, questioned conventional medicine’s belief that seniors with high cholesterol, especially high levels of low-density lipoprotein or LDL, are more at risk of dying from heart attack and stroke, and need statin drugs to lower their cholesterol levels.

The study suggested that high cholesterol may, in fact, be protective against diseases which are common in the elderly, including neurological disorders like Parkinson’s and Alzheimer’s.

“If your cholesterol is elevated, the first thing you need to do is to look at your diet,” says Brownstein. “You should follow a healthy diet by eliminating refined foods and eating whole, organic foods. Your cholesterol levels will naturally drop to their optimal levels.

“But to chemically lower them with a drug that fails 97 to 99 percent of the time — I don’t understand it.”

If you’d like a food or supplement to help you lower your cholesterol naturally, consider the following:

Red yeast rice. According to the University of Maryland, red yeast rice has the same chemical composition as the prescription drug lovastatin. A five-year, double-blind study of patients who had suffered a heart attack found that an extract of Chinese red yeast rice, Xuezhikang (XZK), reduced the risk of repeat heart attacks by 45 percent. The extract also decreased heart bypass surgery, cardiovascular mortality, and total mortality by a third.

Green tea. Green tea lowers bad cholesterol and raises good cholesterol. Several studies have found that green tea blocks the absorption of up to 89 percent of cholesterol from foods. Black tea has also been found to be protective.

Research carried out by the universities of Glasgow and Mauritius found that drinking three cups of tea daily reduced LDL cholesterol by more than 16 percent when compared with a control group who drank the same amount of hot water. Scientists believe the health benefits are due to antioxidants in the tea called polyphenols, which were boosted by 400 percent in the tea-drinking group.

Oatmeal. Numerous studies conducted over the past 50 years have shown that oatmeal reduces bad cholesterol. The Mayo Clinic recommends eating one-and-a-half cups of cooked oatmeal each day. Oatmeal contains soluble fiber, a cholesterol-lowering component of foods which is also found in beans, apples, and many other whole foods. A study published in the American Journal of Clinical Nutrition found that oats lowered cholesterol levels almost as well as prescription cholesterol-lowering drugs.

Frailty and Locomotive Syndrome: How Phase Angle can Improve their Detection.