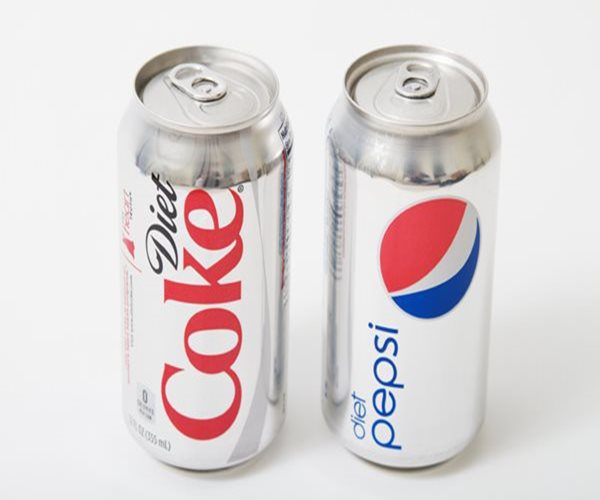 Women who drink diet drinks while pregnant almost double the risk that their child will be overweight or obese at 7 years of age, says a study lead by researchers at the National Institutes of Health. Childhood obesity is known to increase the risk for health problems later in life, such as diabetes, heart disease, stroke, and some cancers.

Researchers found that as the volume of amniotic fluid increases, pregnant women tend to increase their consumption of fluids. To avoid extra calories, many women replace sugar-sweetened soft drinks and juices with beverages containing artificial sweeteners.

Previous studies of adults have found that artificially sweetened beverages encouraged weight gain, and the study authors sought to discover if drinking diet beverages during pregnancy had an effect on the weight of children.

“Our findings suggest that artificially sweetened beverages during pregnancy are not likely to be any better at reducing the risk for later childhood obesity than sugar-sweetened beverages,” said the study’s senior author, Cuilin Zhang, Ph.D.

“Not surprisingly, we also observed that children born to women who drank water instead of sweetened beverages were less likely to be obese by age 7.”

The researchers limited their analysis to data from more than 900 pregnancies that were complicated by gestational diabetes, a type of diabetes that occurs only during pregnancy.

Approximately 9 percent of these women reported consuming at least one artificially sweetened beverage each day. Their children were 60 percent more likely to have a high birth weight, compared to children born to women who never drank sweetened beverages.

At age 7, children born to mothers who drank an artificially sweetened beverage daily were nearly twice as likely to be overweight or obese.

Drinking a daily artificially sweetened beverage appeared to offer no advantages over consuming one sweetened by sugar. At age 7, children born to both groups were equally likely to be overweight or obese.

Women who substituted water for sweetened beverages, however, reduced their children’s obesity risk at age 7 by 17 percent.

Scientists aren’t sure why drinking artificially sweetened beverages compared to drinking water may increase obesity risk. The authors cited an animal study that associated weight gain with changes in the types of bacteria and other microbes in the digestive tract.

Another animal study suggested that artificial sweeteners may increase the ability of the intestines to absorb the blood sugar glucose. Other researchers found evidence in rodents that, by stimulating taste receptors, artificial sweeteners desensitized the animals’ digestive tracts, so that they felt less full after they ate and were more likely to overeat.

According to the Centers for Disease Control and Prevention, the percentage of obese children has more than tripled since the 1970s. Today, 1 in 5 children between the ages of 6 and 19 are obese.

In addition to increased health risks as adults, obese children also have an increased risk of chronic health problems, such as asthma and Type 2 diabetes. They are also more likely to be bullied, and to suffer from depression and lower self-esteem.