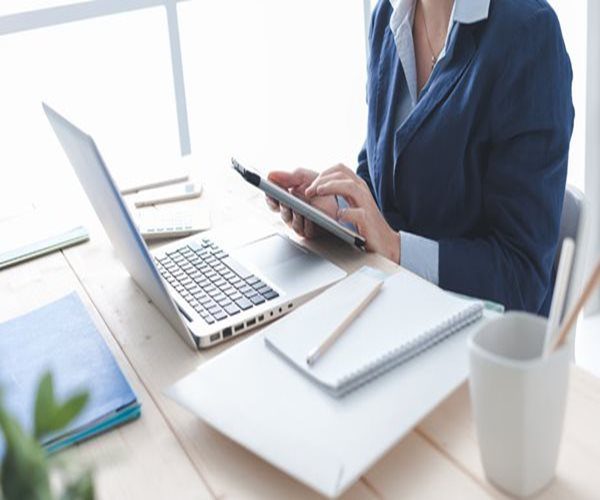 UK research has revealed that many middle-aged office workers are as sedentary as elderly pensioners.

Carried out by the University of Edinburgh’s Physical Activity for Health Research Centre, the team gathered data on 14,367 people in Scotland taken from the 2012-14 Scottish Health Survey, to look at how age and sex affected weekday and weekend sedentary time.

Many recent studies have looked at the effects of sedentary time on health, with some experts warning that more than seven hours of inactivity a day can increase the risk of cardiovascular disease, type 2 diabetes, some cancers, and an early death, even if people are physically active at other times of the day.

The results of the new research found that men aged 45 to 54 spend on average 7.8 hours per weekday sitting down, compared with 7.4 hours for the over-75s.

Time spent sitting at work is the main reason for their sedentary time.

The team also found that only the youngest group of men — 16 to 24-year-olds — are significantly less sedentary than the over-75s on weekdays.

Most of the time spent sedentary in this age group is spent in front of a TV or screen.

In addition, the researchers also found that men spend less time in front of a screen as they get older, with women peaking in middle-age.

The results now replace previous findings that older adults are the most sedentary age group in the UK and highlights the potential health risks of excessive sitting at work.

“Large parts of the population are dangerously sedentary, something we have underestimated. We need to tackle high levels of sedentary time in early and middle age, when patterns may develop. Our findings suggest that changing habits in the workplace could be an appropriate place to start, given how much time we spend sitting there every day,” commented one of the study’s authors Tessa Strain.

The findings were published in the Journal of Sports Sciences.

Where Does the Energy Go in Low Speed Auto Accidents?