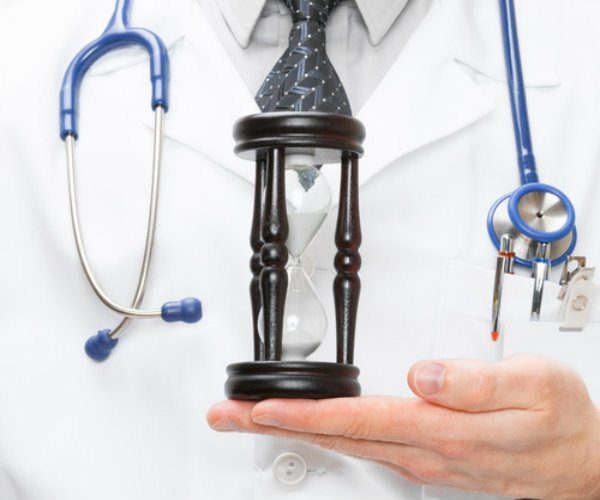 Medical researchers have discovered a naturally occurring compound the human body produces that can speed DNA repair, combat disease, and may turn back the clock on aging.

The compound — called NAD+, which is present in all cells — plays a key role in regulating protein interactions that control DNA repair.

An international group of scientists predicts the team’s discovery of NAD+ will lead to a new drug to reverse aging, speed DNA repair, and even keep astronauts healthy on long space flights.

A leading member of research team — geneticist Dr. David Sinclair, whose team is based at Harvard Medical School and the University of New South Wales in Sydney, Australia — said the first human trials of a therapy based on the compound will begin within six months.

Twenty-five volunteers will be injected with a substance to verify its health and longevity benefits. If the trial turns out successfully, larger scale human trials will be conducted in the United States, Australia, and possibly other countries.

“Then we really get serious,” Sinclair tells Newsmax Health.

NAD+ is what’s known as a metabolite — a substance naturally found in our bodies which are vital for metabolism. It is present in all cells and plays a key role as a regulator in protein-to-protein interactions controlling DNA repair.

Sinclair’s laboratory research involved using NMN — a NAD+ precursor or “booster” — which the team has shown is successful in improving cells’ ability to repair DNA damage caused by radiation exposure (including sunlight) and old age.

The team’s lab work found that mice, injected with NMN, appeared more youthful — at the cellular level — in a variety of standard biological tests.

“The cells of the old mice were indistinguishable from the young mice after just one week of treatment,” Sinclair says.

“This is the closest we’ve come to a safe and effective anti-aging drug that’s perhaps only three to five years away from being on the market, if the [human] trials go well.”

The research project has come to the attention of the National Aeronautics and Space Administration (NASA), which has asked to be kept fully briefed on progress because of the possibility of using the substance to keep its astronauts healthy during long space missions, which can speed up aging processes.

Another group that stands to benefit: Survivors of childhood cancers.

According to Dr. Lindsay Wu, a University of New South Wales-based member of the research team, 96 percent of childhood cancer survivors suffer a chronic disease by age 45.

These include cardiovascular diseases, Type 2 diabetes, Alzheimer’s disease, and various cancers unrelated to their childhood cancers.

“All of this adds up to the fact they have accelerated aging — which is devastating,” Wu says. “It would be great to do something about that — and we believe we can with this molecule.”

For the past four years, Sinclair, Wu, and others on the research team have been working with biomedical companies with the aim of making NMN into a drug substance that can be used on patients. It will act by boosting the effectiveness of the body’s own NAD+.

The research was reported in a recent issue of the journal Science.

As well as delaying the onset of visible signs of aging, Sinclair believes the compound could have a great “impact on health and longevity.”

“We took mice that were 20 months old, which is equivalent to a 60- [to] 70 year-old human and we gave them NMN and we found that . . . many aspects of aging were reversed,” Sinclair notes.

“Their DNA repair activities went up to youthful levels and they were more resistant to radiation and should therefore be more protected against cancer and aging itself.”

Stopping The Opioid Crisis In The Womb

Can You Change Your Epigenetic Clock?