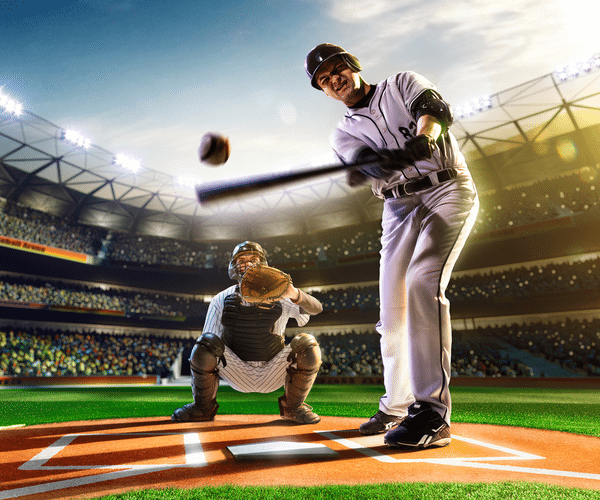 Fitness monitors, or biometric trackers — those wristwatch-looking devices worn by weekend warriors and gym rats — are now making their way into professional sports games. Major League Baseball has approved the first monitoring device for use by players during games, ESPN reports. That means players can now monitor their performance at the most critical times of their careers.

Already the National Football League, the National Basketball League, and others permit the use of performance monitors during practices, but the MLB will be the pioneer for use during games, according to ESPN.

The approved device, manufactured by Boston-based Whoop, tracks vitals such as body temperature, heart rate, and movement monitoring (which measures strain), and does so during rest and sleep cycles as well.

Whoop takes readings hundreds of times each second according the company’s website, and that data can be accessed via Bluetooth on most mobile devices. Apps can be downloaded that offer insights and advice as well. Since the goal of the device is constant monitoring, there’s no need to remove it (which would disrupt that monitoring) to charge it. There’s a slide-on battery pack, which itself is charged by micro USB. The Whoop device costs $1,200 per athlete per year and includes the dashboard to the analytics, according to ESPN. Consumers can get a Whoop 2.0 for about $500.

The device is more geared toward the professional athlete, rather than the average gym-goer, monitoring such categories as peak levels and recovery times during games.

Are you Born an Athlete? Peak Time and Caffeine Metabolism

The Science Behind Genetic Encoding and Endurance…

So far the decision to wear the device is left up to individuals: ESPN says teams cannot force players to wear them and players themselves will decide if they want a monitor to collect information day and night about everything from heart rate to amount of sleep.

Whoop founder and CEO Will Ahmed wrote in a blog post that players and teams stand to gain a lot with such monitoring, and his company’s mission is to “unlock human performance. Athletes and competitors alike deserve data to help them better understand their bodies and ultimately perform at a higher level.”

Ahmed said his device will revolutionize sports much like a “Moneyball 2.0” — based on the 2003 book and 2011 film “Moneyball,” about Oakland A’s General Manger Bill Beane’s famous use of data analysis to field a competitive team.

According to Whoop’s website, last year, Whoop and MLB conducted what the company called “the largest performance study ever conducted by a professional sports league” and acquired “massive amounts of quantifiable data” regarding players’ strain, sleep, and recovery. The study also reported on the effects of travel injuries.

As players’ lucrative contracts soar to heights unimaginable even 20 years ago, such information will be critical and highly sought after, which could lead to hacking and behind-the-scenes bartering. Player stats will figure prominently during negotiations over pay and player longevity — already contentious issues for athletes and team coaches and owners. Players have a vested interest in maintaining their health and proving their mettle with hard data — and Whoop device could be the high-tech tool to do just that.