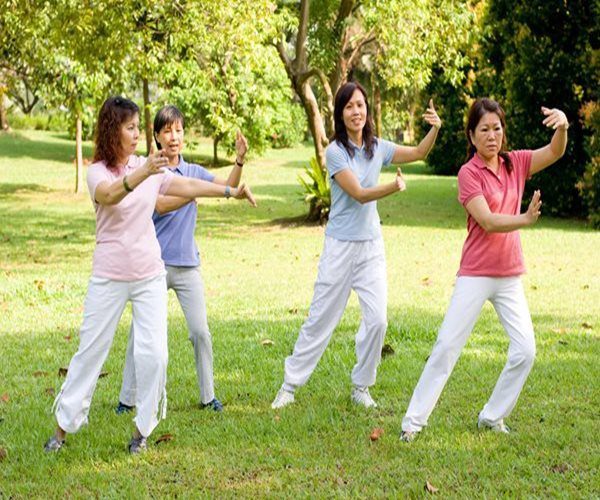 Older adults who want to get moving to help boost their brain function have a wide variety of workouts to choose from, a research review suggests.

Among the many options for working out over 50, tai chi may have the biggest effect on cognitive function, but aerobic and resistance exercises may also have some benefit, the review found.

“Age is a risk factor no one can avoid when it comes to cognitive decline and other neurological disorders such as dementia or Alzheimer’s disease,” said lead study author Joe Northey of the University of Canberra Research Institute for Sport and Exercise in Australia.

“As our study shows, undertaking just a few days of moderate intensity aerobic and resistance training during the week is a simple and effective way to improve the way your brain functions while also reducing the impact of other risk factors for cognitive decline such as obesity and diabetes,” Northey said by email.

Some previous research suggests that heart-healthy lifestyle choices like avoiding cigarettes, eating a balanced diet and getting plenty of exercise may help stall the cognitive decline that happens with age, but these studies offer a mixed picture of what type of activity is best.

For the current review, Northey and colleagues analyzed data from 36 previously published studies looking at how much the intensity and frequency of different types of exercise was associated with improvements in cognitive function in people 50 and older.

Studies in the analysis were controlled experiments that randomly assigned some participants to specific exercise interventions to assess how activity influenced cognition.

While researchers included people with varying levels of cognitive ability, they excluded patients with a history of stroke, depression or other mental illnesses.

Across all the studies, they compared the average amount of improvement for different types of exercises and found the largest gains associated with tai chi, a Chinese meditation practice that combines deep breathing and slow, fluid movements.

Aerobic exercise, resistance training and workouts that blended different types of physical activity were also associated with gains in cognitive function, but didn’t have as much of an effect as tai chi, researchers report in the British Journal of Sports Medicine.

In particular, working memory improved with tai chi and resistance training, which was also associated with gains in executive function.

Yoga had a slight impact on brain function, but it was too small to rule out the possibility that it was due to chance.

Workouts of 45 to 60 minutes were associated with significant improvements in cognitive function, which weren’t seen with shorter or longer exercise sessions.

As for the intensity of workouts, light exercise didn’t have an effect on cognitive function but both moderate and vigorous exercise was associated with similar and meaningful gains, the study found.

Exercising more often was associated with bigger gains in cognitive ability, but there was still an improvement with no more than two workouts a week, the study found.

One limitation of the study is that the analysis focused on supervised exercise interventions, which might not reflect what people would do in the real world, the authors note.

Still, the study offers fresh evidence that the biggest benefits of exercise on brain health are expected with higher amounts, like 45 minutes or more multiple times a week, said Dr. Jeffrey Burns, co-director of the University of Kansas Alzheimer’s Disease Center in Kansas City.

“More exercise is likely better for driving brain benefits than modest amounts but we also know that some is better than none, especially for other physical benefits,” Burns, who wasn’t involved in the study, said by email. “So the key message from this study is don’t just exercise for heart health, exercise also to promote your brain health.”