Ignore These 4 Health Myths: They’re Actually Good for You 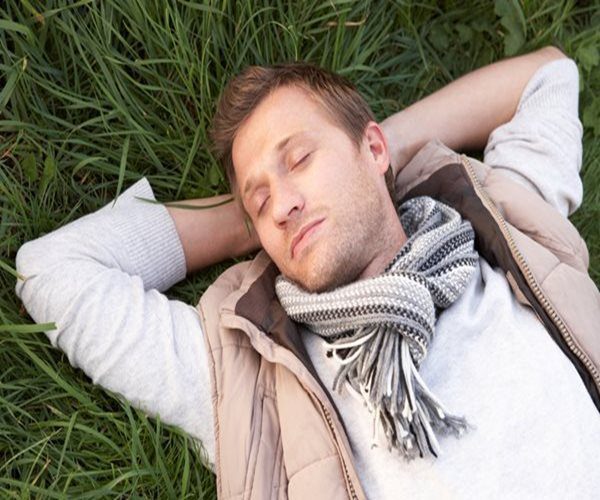 Health advice has changed drastically during the past decade, and modern science has proven that some “truths” you’ve been told and believed all of your life are completely wrong. The bad advice comes from well-meaning parents (“Drinking coffee will stunt your growth.”) to doctors (“Drink skim milk; it’s healthier.”). Take a look at six common myths you may still believe are gospel.

Napping in the afternoon means you’re lazy. An afternoon nap isn’t just for babies and toddlers, and it certainly doesn’t mean you’re lazy. About a third of American adults enjoy a daily nap and studies show that a brief 10- to 20-minute nap can boost your alertness and creativity as well as help keep you healthy.

Just make sure you don’t nap too long. During a brief nap, you only enter the lightest stage of sleep, but during a 30- or 60-minute nap your body will enter a deep level of sleep that may leave you feeling even more tired than before.

Long naps are also bad for your health. Scientists at the University of Tokyo found that napping for 40 minutes or longer increased the risk of developing metabolic syndrome by as much as 50 percent. Short naps of less than 30 minutes, however, lowered the risk.

A Greek study presented at a meeting of the European Society of Cardiology found that those who took midday naps had lower systolic blood pressure than those who didn’t nap.

Coffee will stunt your growth. In past years, coffee was blamed for everything from heart disease and premature death to stunting growth, but it turns out that the experts didn’t know beans. Recent research shows that drinking even up to six cups a day won’t increase your risk of heart problems, cancer, or dying prematurely from any disease. In fact, a study found that Americans get more health-promoting antioxidants from coffee than anything else, because our bodies absorb antioxidants found in coffee better than those in fruits and vegetables.

Coffee has been linked to a lower risk of all of the following health issues: depression, retinal degeneration, heart failure, Alzheimer’s, heart disease, stroke, diabetes, and some cancers.

Drink skim milk, it’s healthier. Americans have been on a low-fat craze for decades, but recent research found that full-fat milk may be healthier than low-fat or no-fat milk. Tufts University conducted a 15-year study of people between the ages of 30 and 75, and found that those who ate the most full-fat dairy products had a 46 percent lower risk of diabetes. Another study, which was published in the American Journal of Clinical Nutrition found that women who ate the most high-fat dairy products were more likely to weigh less and to resist gaining weight over time than those who ate low-fat dairy products. Experts believe that when people cut down on fat, they increase their intake of high-calorie foods, such as sugar and carbs.

Eggs are bad for you. For more than 50 years, health experts advised people to limit their consumption of eggs because they believed the cholesterol in eggs raised the risk of heart disease, high blood pressure, and obesity. New studies, however, found that eggs only have a slight effect on cholesterol levels, and in fact, actually enhance brain function.

A new Finnish study, which was published in the American Journal of Clinical Nutrition, found that a diet relatively high in cholesterol, such as eating an egg every day, didn’t raise the risk of dementia or Alzheimer’s. It found no association between a high intake of dietary cholesterol and the risk of dementia or Alzheimer’s disease, even among people who carried the APOE4 gene which affects the metabolism of cholesterol and increases the risk of memory disorders. On the contrary, the consumption of eggs was associated with better results in certain tests measuring cognitive performance.

The Finnish study followed several recent studies showing that eggs don’t increase the risk of coronary heart disease, including a 2016 study published in the Journal of the American College of Nutrition which found that eating an egg a day actually reduced the risk of stroke by 12 percent.