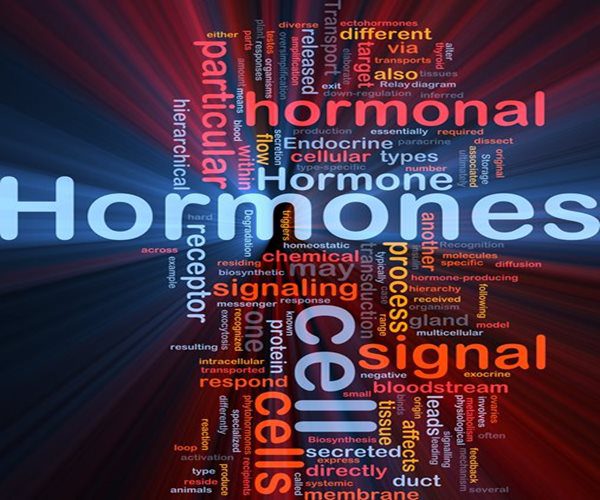 Mother Nature plays a dirty trick on women. Just as they begin planning to enjoy their lives as empty-nesters, their lives often change overnight as they cope with night sweats, ballooning weight, aching joints, and fuzzy thinking associated with menopause.

“It’s a dirty joke Mother Nature has just played on us,” says Schwartz, nationally recognized expert on hormone supplementation. “We’ve had and raised our families and made sure the species will survive. We are no longer needed, so Mother Nature will just get rid of us. We have now become road kill.”

While not as obviously disruptive as menopause, men’s sex hormones are also declining at mid-life. And it’s not just sex hormones. Both sexes may suffer from an imbalance of other hormones, such as thyroid and adrenal. Lower hormone levels accelerate aging, bringing on heart problems, diabetes, cancer, arthritis, and other chronic diseases.

But you don’t have to suffer and resign yourself to the infirmities of advancing age. “It doesn’t have to apply to any of us if we don’t want it to,” says Schwartz. The answer, she says, is replacing lost hormones with human identical hormones, which are available to both men and women to replace hormones lost in aging.

“Human identical hormones have the same molecular structure as those produced by the body,” says Schwartz. “The key is treatment that is individualized to each patient’s particular needs.”

“They are made from soy and yam oils by pharmaceutical processes of concentration and purification that produce hormone powders,” she says. “These powders are then placed in different preparations, such as pills, patches, and creams, for us to take.

“These hormones look identical to our own hormones — estrogen, progesterone, testosterone, thyroid, growth hormone, and insulin.

“Synthetic doesn’t mean bad,” she says. “It just refers to creating specific molecules in the laboratory — in this case hormones.”

But relatively few people are getting replacement hormones. Why? One reason is that many doctors don’t understand human identical hormones and know how to use them, says Schwartz. “There’s no one to teach them. Information isn’t even passed from doctor to doctor, it’s passed from patient to patient who then takes it to the doctor.”

The second reason is fear. Until 2002, conventional doctors prescribed synthetic hormones to women undergoing menopause: Premarin and Prempro (conjugated estrogens derived from the urine of pregnant horses), and Provera (a man-made type of progesterone). Not only did doctors believe they safely reduced the symptoms of menopause, but that they also protected women from heart disease, cancer, and osteoporosis.

However, a 10-year study conducted by the National Institutes of Health called the Women’s Health Initiative (WHI), turned the medical world upside down by proving that the hormone replacement therapy doctors prescribed increased the risk of heart attacks, strokes, and breast cancer.

Almost immediately, doctors refused to prescribe hormones to millions of women, and their symptoms quickly returned. As a result, many physicians prescribed antidepressants, which only treated a symptom and not the cause, which was an imbalance of hormones.

A year later, new guidelines released by the American College of Obstetrics and Gynecology indicated it was safe to prescribe the same drugs in lower doses for shorter periods of time, although their safety has never been proven.

At the same time, American pharmaceutical companies conducted no studies on the safety of human identical hormones, while most doctors ignored — and continue to ignore — earlier studies conducted in both the United States and Europe prior to 2002 which found that bioidentical hormones were safe and effective.

In fact, a 2013 Danish study found that women taking human identical hormones had a lower risk of heart disease, stroke, and thromboembolism than those not taking hormones.

The FDA has approved some human identical hormones, and in her practice, Schwartz prescribes them as well as compounded customized formulas, depending on the blood levels of each patient.

How do you find a doctor that’s competent to prescribe human identical hormones? “Ask friends,” says Schwartz. “Some doctors realize there’s a big market for natural hormones, and some who don’t know much about them have hung out their shingle. The best way to find a good doctor in your area is by word of mouth.

“You want a doctor who knows what they are doing and cares about you, and isn’t just jumping on the bandwagon and is trying to make money off of you.”

Human identical hormones can change your life, says Schwartz. “Look around,” she says. “You see people who look and feel great well into their golden years. That can be you.”