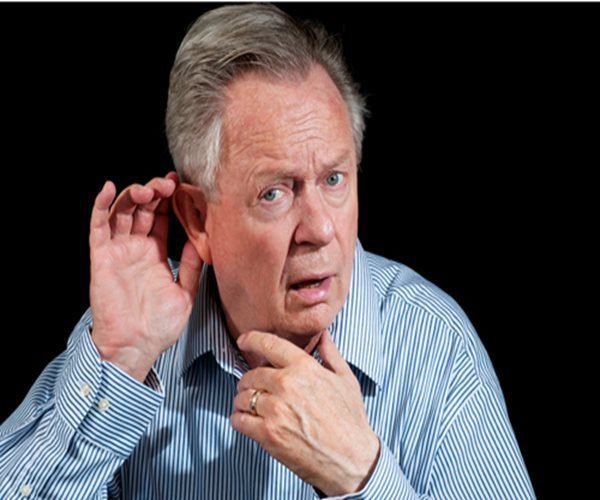 One in five Americans has hearing loss so severe that it interferes with communication, said a 2011 study published in Archives of Internal Medicine. But there may be many more people who have “hidden hearing loss,” but remain undiagnosed because the damage wasn’t detected by commonly used hearing tests, according to a new study published in the journal Frontiers in Neuroscience.

People who have hidden hearing loss appear to have normal hearing when their hearing is tested using audiograms — the gold standard for measuring hearing — where hearing is typically tested in a quiet room.

The reason some forms of hearing loss may go unrecognized in the clinic is that hearing involves a complex partnership between the ear and the brain. Researchers found that the central auditory system can compensate for significant damage to the inner ear by turning up its volume control, partially overcoming the deficiency, says study lead author Richard Salvi.

“You can have tremendous damage to inner hair cells in the ear that transmit information to the brain and still have a normal audiogram,” says Salvi. “But people with this type of damage have difficulty hearing in certain situations, like hearing speech in a noisy room. Their thresholds appear normal. So they’re sent home.”

The reason hearing loss isn’t detected lies in the way hearing signals travel to the brain: About 95 percent of sound input to the brain comes from the ear’s inner hair cells.

“These inner hair cells are like spark plugs in an 8-cylinder engine,” says Salvi. “A car won’t run well if you remove half of those spark plugs, but people can still present with normal hearing thresholds if they’ve lost half or even three-quarters of their inner hair cells.”

Ear damage reduces the signal that goes the brain. That results in problems hearing, but that’s not what’s happening here, because the brain “has a central gain control, like a radio, the listener can turn up the volume control to better hear a distant station,” Salvi says.

Sound is converted to neural activity by the inner hair cells in the auditory part of the ear, called the cochlea.

For people with inner hair cell loss, sound is less accurately converted to neural activity in the cochlea, but it is amplified as it travels. Once the signal gets high enough to stimulate neurons in the brain, “It’s like your brain has a hearing aid that turns up the volume,” Salvi said.

Salvi says it’s unknown how many people might have this type of hearing loss, but many older people have difficulty hearing in a noisy environment.

Spotting hidden hearing loss could be as simple as adding background noise to hearing tests.

An experimental drug called LY411575 may offer hope to people with hearing loss caused by a loss of sensory hair cells in the inner ear. The tiny hairs are vital to hearing, since sound vibrations agitate them, causing them to send signals to the brain. When the hairs are destroyed, the brain no longer receives signals that result in hearing.

The new drug works by inhibiting a protein called Notch, which keeps stem cells in the inner ear — or cochlea — from developing into new sensory hair cells. In a study of sound-deafened mice, hearing was improved in the areas where the hair cells were replaced.

Running Can Be Socially Contagious: Study

Early Birds May be Healthier than Night Owls