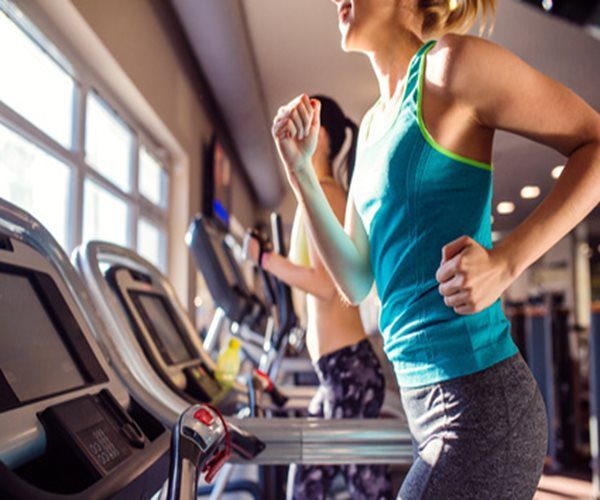 If you’re concerned about your body image, engage in a bout of exercise. Researchers at the University of British Columbia found that just one 30-minute exercise session makes women feel stronger and thinner.

“Women, in general, have a tendency to feel negatively about their bodies,” says study senior author Kathleen Martin Ginis, professor in UBC Okanagan’s School of Health and Exercise Sciences.

“This is a concern because poor body image can have harmful implications for a woman’s psychological and physical health including increased risk for low self-esteem, depression and for eating disorders,” she said. “This study indicates exercise can have an immediate positive effect.”

Researchers compared the body image and physical perceptions of women who completed 30 minutes of moderate aerobic exercise with those who sat and read. Women in the exercise group had significant improvements in their body image compared to those who didn’t exercise.

The positive effect lasted at least 20 minutes post-exercise. In addition, the research team found that the effect was not due to a change in the women’s mood, but was linked to perceiving themselves as stronger and thinner.

“We all have those days when we don’t feel great about our bodies,” says Martin Ginis. “This study and our previous research shows one way to feel better, is to get going and exercise. The effects can be immediate.”

According to the National Institutes of Health, nearly one half of North American women experience some degree of body image dissatisfaction, and the problem has grown over the last three decades.

Many previous studies have found that exercise has a positive effect on other aspects of mental health including lifting depression and easing anxiety. A study published in Psychosomatic Medicine found that exercise was comparable to antidepressants in treating patients with major depressive disorder.

The exercise doesn’t have to be strenuous to be helpful. A recent study from the University of Connecticut shows that if you’re sedentary, just getting up and moving around can reduce depression and make you feel better about yourself.