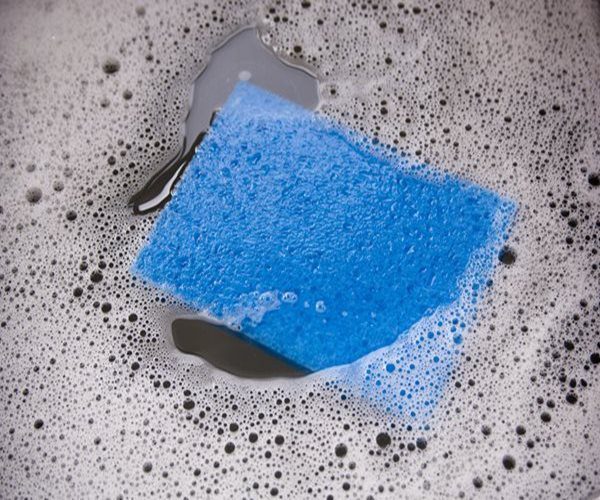 Your home is your castle, and also your haven. But common household items may be turning your sanctuary into a hazard and increasing your risk for colds, viruses, and food poisoning as well as deadly diseases, such as Alzheimer’s and cancer.

Below are five common, but possibly dangerous, items you should consider replacing … now.

Aluminum pots and pans. Aluminum pots and pans may increase your risk for neurological diseases because small amounts of aluminum leach into foods, especially those containing acids. Experts have linked aluminum to Alzheimer’s disease as well as Parkinson’s disease, kidney and liver damage, weakened bones, and multiple sclerosis.

“Aluminum is cumulative, and even small doses over time become highly toxic,” board-certified neurosurgeon Dr. Russell Blaylock tells Newsmax Health. “It’s a powerful neurotoxin. When aluminum combines with certain acids, such as those in orange juice, aluminum absorption is increased 11-fold,” he says. “If you’re cooking with fluoridated water, the aluminum and fluoride bind, so you’re producing aluminum fluoride, an extremely toxic compound.”

The worst scenario for a health disaster involving cookware is boiling water for tea in an aluminum kettle or pan, says Blaylock. “Black tea is already high in aluminum and fluoride, and you’d be getting very high levels of aluminum fluoride. Replace aluminum pots and pans with stainless, says Blaylock.

Scratched “non-stick” cookware. Manufacturers use the chemical PFOA (perfluororctanoic acid) when making Teflon (also known as polytetrafluoroethylene or PTFE), the “no stick” cookware. But the pots and pans that are so easy to clean could be increasing your risk for several conditions, including breast cancer, preeclampsia, thyroid disease, and ulcerative colitis.

Teflon and similar coatings, such as T-Fal and Silverstone, emit PFOAs when heated to a high temperature. The fumes can cause flu-like symptoms in people, nicknamed “Teflon flu.” A study by the Environmental Working Group found that heating a nonstick pan to 680 degrees on an ordinary electric stove released six toxic gasses including two that are known to cause cancer.

Studies have found that empty pans can reach 800 degrees in only five minutes, and some studies show that enough PFOAs are emitted to kill pet birds at temperatures as low as 325 degrees.

At high temperatures, Teflon also releases tetrafluoroethylene, a known carcinogen, and another chemical called monofluoroacetic acid, which can be fatal even in small amounts. When heated to 887 degrees, Teflon also emits perfluoroisobutene, a substance used in chemical warfare. When pans are scratched, the harmful chemicals are released at even lower temperatures.

Older cookware, scratched or not, is more likely to emit toxins, and many manufacturers have agreed to produce non-stick cookware that would not emit PFOAs. To be on the safe side, replace questionable pots and pans with stainless steel. Dr. Blaylock warns of one exception — don’t buy Chinese stainless. “It is usually extremely low-grade and it will degrade,” says Dr. Blaylock.

Kitchen sponges. The Centers for Disease Control (CDC) estimates that food poisoning sickens 1 in 6 Americans every year (48 million). Of those, 128,000 are hospitalized and 3,000 die. Salmonella and E. coli, two of the most common, hide on kitchen surfaces and in sponges, which are usually wet and provide an ideal environment for germs to multiply.

To stay safe, replace sponges on a regular basis. Sanitize wet sponges by microwaving them for two minutes, washing in the dishwasher, or placing them in boiling water laced with a couple of tablespoons of vinegar for three or four minutes.

Fire extinguishers. You probably have at least one fire extinguisher in your home, but how long has it been since you’ve even given it a second look? Fire extinguishers can de-pressurize over time and be worthless in an emergency. Check the label to see how long yours should last — some are expected to work for only about five years.

The National Fire Protection Association recommends non-rechargeable units be replaced every 12 years and rechargeable ones tested and recharged every six years. If your home is humid, your extinguisher may need replacing more often.

Check the pressure gauge on your extinguisher every month to make sure it falls in the green area. If not, replace it immediately. Also check for corrosion, cracked hoses, and broken handles — all indicate your fire extinguisher needs to be replaced.

Plastic food containers. Bisphenol A (BPA) is used to make plastics used in food and beverage containers and is often used in the lining of metal cans. BPAs are proven endocrine disruptors and can increase the risk for breast and prostate cancer, heart disease, and obesity. “BPA actually disturbs the hormone production in our bodies,” Dr. Erika Schwartz, a leading expert on hormones tells Newsmax Health.

Avoid BPA by choosing fresh foods and those in glass containers instead of those in cans. Buy plastic containers with the recycling labels No. 1, No. 2, No. 4, and No. 5 on the bottom. Avoid those with No. 3, No. 7, or PC (polycarbonate). Cloudy or soft containers don’t contain BPA.