Boost in Steroid Use Among Older Men 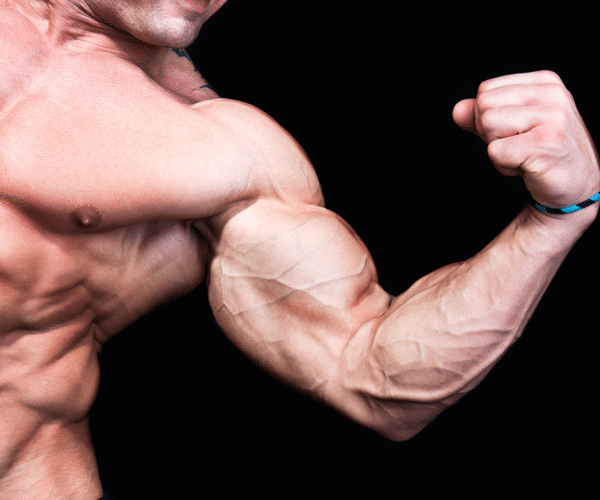 Middle-aged men jonesing for a boost in vitality are turning to steroids in increasing numbers, say researchers and health professionals. Men in their 40s, 50s — even 60s and 70s — are turning to hormones to fight the effects of aging, including weight gain and decreased libido, according to The Guardian.

Joseph Kean, a visiting research fellow at Liverpool John Moores University, said that usage has doubled in the number of men 50 and over in the past five years. He told The Guardian, “Guys are saying they just want to stand a bit taller and feel they can stand alongside the younger generation who are much more aware of how they look.”

But the vision of a buffer, more energized you comes with caveats — including the potential for worsening sleep apnea, heart disease, blood clots, and prostate complications.

Testosterone levels decline early on, starting at around age 30. This drop can lead to any number of unwanted side effects and problems, according to the National Center for Biotechnology Information at the National Institutes of Health. Low-T as it is often referred to, is responsible for much more than just weight gain and decreased sex drive. It is correlated with insulin resistance, low muscle strength and development — even poor cognitive function. So it’s a given that men would want to head off this decline and preserve their vigor for as long as possible.

“We have come across a lot of older men using [steroids]. It’s almost like hormone replacement therapy [for menopause relief] for females. Steroids can help you lose body fat as well,” Julien Baker, an applied physiology professor at the University of the West of Scotland, told The Guardian. “The evidence isn’t there about what the long-term impact is yet. We are not sure what these drugs are doing to you at that age, but everyone perceives it as safe.”

Magazines geared toward rejuvenation through hormone replacement have sprung up, as have clinics that promote testosterone replacement therapy in the United States and abroad.

The Juice Clinic in Sheffield, England, is one such service for people using steroids and image-enhancing drugs. Sid Wiffen, the clinic’s team leader, told The Guardian he has noted an increase in older men asking for help. “Steroid use for older men is often about the youthful effects, and about body image and energy levels. I hear talk of men feeling more pressure now to look good, so they are more likely to go to the gym and dress well,” he said. “It can be dangerous, and it does worry me. Lots of people we see are keen to make an informed decision about their steroid use, but some get information elsewhere and it’s not always good.”

That elsewhere includes the internet of course, where misinformation on the topic flourishes. The healthier, safer route by far is to seek the advice of a physician and get a prescription.

Steroids, officially known as anabolic-androgenic steroids, were first developed for medical use in wasting conditions. Their possession or sale without a prescription is illegal in the United States, though some people are able to get them online or in gyms. Some countries permit legal possession, including the U.K., though it is illegal to supply them there. Steroids come in pill form, injectables (intramuscular), and topical gels.

Baker said while there could be some benefits for older men, the risks should be well understood. “Introducing something your body stopped producing naturally may lead to repercussions or have health implications,” he said. “There’s not enough research out there to look at that. Someone taking steroids at 50 — it’s not clear what might happen to them in the future.”

Once users discontinue the use of steroids, many report withdrawal symptoms such as low mood and anxiety, something men should keep in mind as well.