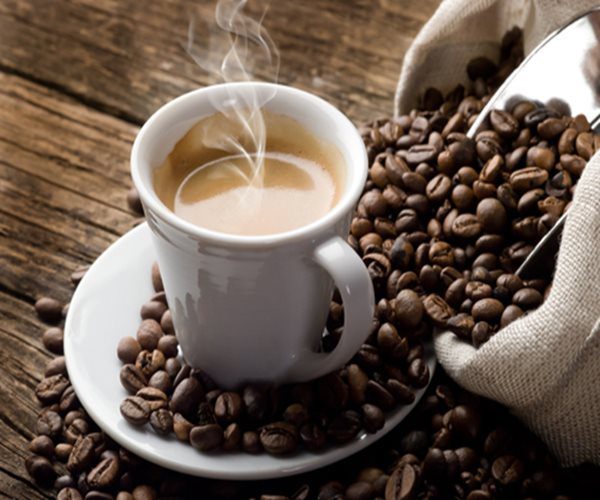 “Eat a healthy diet” and “exercise for at least 30 minutes three times a week” are the two top suggestions from experts on how to stay youthful and live a long, healthy life. Unfortunately, that excellent advice can often seem overwhelming to novices who are trying to improve their health.

Where do you start? Are there easy ways to boost your health and keep aging at bay? Fortunately, there are quick, dead-simple things that clinical studies show you can do in less time than it takes to eat a cheeseburger. They include:

• Drink a cup of coffee. When the Journal of the American Medical Association reviewed a series of studies, they found that regular coffee drinkers had a lower risk of developing Type 2 diabetes than those who avoided it. They found that those who drank four to six cups a day cut their risk 28 percent, and people who drank more than six cups reduced their risk by 35 percent.

The latest news, published in The American Journal of Clinical Nutrition found that people 65 years and older who drank four or more cups of coffee daily lowered their risk of heart disease by 53 percent.

•  Get enough vitamin D. Multiple studies show that a deficiency of vitamin D raises the risk of cardiovascular disease, diabetes, multiple sclerosis, osteoporosis, depression, and several cancers. One study found genetic markers that indicated the difference between the highest and lowest levels of vitamin D equaled five years of aging. The government recommends 400 I.U. daily, but many experts believe much more — 1,000 I.U. to 2,000 I.U —  is needed for optimal health.

• Pour a glass of red wine. A few glasses of red wine every week protect against many ailments of aging such as Alzheimer’s, cardiovascular disease, cancer, and Type 2 diabetes. It prevents heart disease by increasing levels of HDL — the good cholesterol — and guards arteries against damage. Red wine slashes the risk of some cancers, including lung and colon, by as much as two-thirds.

A recent study published in The New England Journal of Medicine found that women who drank moderately (about one drink a day) reduced their risk of mental decline by 23 percent when compared to women who were teetotalers.

Researchers believe one of the main active ingredients in red wine is resveratrol,  a compound found in the skin of red grapes that acts as an antioxidant and is anti-inflammatory. Resveratrol is also available as a dietary supplement.

• Take a daily aspirin. People take a low-dose aspirin daily to ward off heart disease, but studies have shown that the 100-year-old wonder drug also helps prevent many types of cancer. A daily low-dose aspirin can cut the risk of breast cancer and deadly melanoma skin cancer by up to 30 percent, gastrointestinal cancers and colorectal cancers by 38 percent, and lung cancer by up to 62 percent.

A new study from the University of Oxford found that a daily aspirin reduced the risk of developing cancer of any kind by about 25 percent when compared to controls who didn’t take aspirin. After five years, the risk of dying in the group taking aspirin was reduced by 37 percent. Aspirin also helps keep aging brains healthy, according to Swedish research that studied women aged 70 to 92.

• Sip green tea. People who drink more than three cups of green tea each day live longer, according to a Japanese study of more than 40,000 people. Study participants who drank the most tea — five or more cups a day — were the least likely to die during the 11-year follow up. Green and white teas contain generous amounts of EGCG, a powerful antioxidant linked to a lower risk of heart disease, Alzheimer’s disease, and numerous types of cancer. Catechins, which are antioxidant compounds found in green tea, may also protect aging eyes from glaucoma.

• Eat fish. Choosing fish over beef or pork twice a week can give your health a big boost. A study published in the journal Neurology found that seniors whose diets were rich in omega-3 fatty acids had lower blood levels of beta-amyloid, a protein that’s deposited as plaques in the brains of people with Alzheimer’s disease, and another study found fish oil reduced by 26 percent the risk of brain lesions that cause dementia. Additional studies have found that eating fish lowers the risk of Type 2 diabetes, arthritis, prostate cancer, obesity, and heart disease.

• Dance. A study at Albert Einstein College of Medicine found that while reading reduced the risk of dementia in those 75 years and older, frequent dancing cut the risk by 76 percent — more than any other activity studied, mental or physical. Experts believe dancing is so effective because it combines intense mental and physical activity.

An Italian study found that people suffering from heart failure who waltzed significantly improved their breathing and quality of life when compared to those who biked or hiked. Dancing also reduces stress, depression, and obesity while it aids balance, increases energy, and helps control weight.

• Nibble on chocolate. Studies show that chocolate increases brain function and lowers blood pressure. A study at Harvard Medical School found that older people who ate chocolate every day improved their thinking skills as well as blood flow to the brain, and a German study found that small amounts of chocolate daily could reduce the risk of heart attack and stroke by almost 40 percent. Most experts recommend 1 to 1.5 ounces of dark chocolate.

5 Tips For Back Pain In El Paso

The Clinical Approach To SBAR In A Chiropractic Clinic

Issues In Your Calves? It Might Be Trigger Points In The Soleus Muscles

Back pain after eating is often the result of conditions and/or disorders in other areas of the body that radiate to the back. These problems range from unhealthy posture, digestive issues, bowel problems, ulcers, allergies, etc. This is because the…
Read More...
Mobility & Flexibility

Dealing With Upper Thigh Pain? Could Be Trigger Points In the Hamstrings

Pain In Your Adductor Muscles? Could Be Myofascial Trigger Points

The fascia is important for connecting the musculoskeletal system, stabilizing function, and keeping the body healthy and balanced.…

Muscle Cramps In The Calves? Might Be Trigger Point Pain

Having Unquestionable Knee Pain? Could Be Trigger Points

Nov 14, 2022
Introduction As one of the stabilizers for the body, the knees are located between the thighs and legs, allowing flexion and extension. The knees help the hips by supporting the upper body's weight and allowing the legs to move from one…
Athletes

Nov 10, 2022
Before you begin running, talk with your physician, prosthetist, and other clinicians involved in your rehabilitation/health care treatment. Learning to use a prosthetic takes time and practice. Individuals that meet the minimum…
Sciatica

Nov 9, 2022
The spine consists of multiple vertebral bones separated by gel-like discs. The discs are the shock absorbers, cushioning the vertebrae. Normal wear and tear, underlying conditions, and injuries can cause the discs to crack, tear, and leak…
Sciatica

Nov 8, 2022
It didn't happen at work, school, or exercise, and there haven't been any trips and/or falls, but you can't pinpoint what is causing foot and ankle discomfort and sensations. However, the cause could be originating in the lumbar spinal…
Chiropractic

Nov 7, 2022
Introduction When many individuals begin to work out or start training for an event, they incorporate various muscles to give optimal output and strength when doing a set of exercises. Many athletes or individuals trying to train for an…
Arthropathies

Nov 4, 2022
Ankylosing spondylitis is an inflammatory condition that causes pain and stiffness in the spine's joints. Over time, it can progress to fusing the bones of the spine/vertebrae, limiting the spine's mobility and leading to discomfort…
Chiropractic

Nov 4, 2022
Introduction The lower body extremities help provide stability to the various body parts, including the hips, thighs, pelvis, legs, knees, and feet. The hips and thighs comprise multiple muscles and nerves that provide mobility to the…
Detoxification & Non-GMO

Nov 3, 2022
Maintaining kidney health is important to the body's overall health and well-being. The kidneys are fist-sized organs located beneath the rib cage on both sides of the spine. A kidney detox maintains health allowing the body to filter and…
Chiropractic

Nov 2, 2022
Subluxation is when a joint shifts out of alignment, which can happen to any joint in the body. Spinal subluxation indicates a misalignment of one or more portions of the spinal vertebrae. It is common in the spine from all the reaching,…
1 2 3 … 434 Next

Experiencing Pain In Your Gluteus Max? Could Be Trigger…